West Ham: The Hammers’ improvement the reward for standing by Allardyce 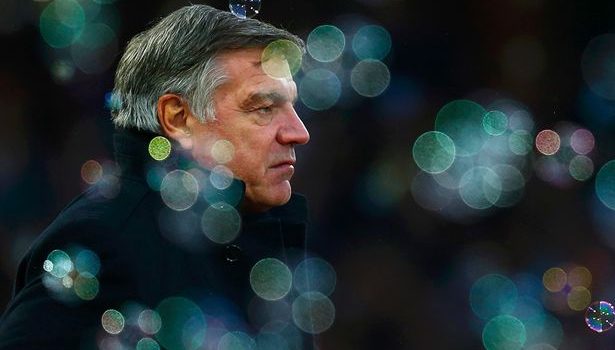 West Ham: The Hammers’ improvement the reward for standing by Allardyce

West Ham travelled to the Midlands on Saturday lunchtime knowing that a place in the quarter-finals of arguably the most open FA Cup was up for grabs against West Bromwich Albion. With Albion improving under Tony Pulis but still languishing in the lower reaches of the Premier League, in contrast with Sam Allardyce’s side residing in the comfort of upper mid-table, this presented a good chance to take a further step towards ending a wait for a trophy that has now lasted 35 years.

A few hours later and owner David Gold and goalkeeper Adrian were leading the apologies after the Hammers suffered a 4-0 defeat at the hands of the Baggies, a loss further marred by the dismissal of Morgan Amalfitano, in which the away side were insipid. Using Twitter to air their views, Gold would post “I feel sorry for myself but most of all I feel sorry for the thousands of travelling West Ham fans” while Adrian would call the performance “shameful”. The Spaniard also said sorry and added “now we need to be united and fight in Premier League.”

It is in the Premier League where West Ham are on course for their highest finish since 2002. Currently lying in 8th place and 4 points off Liverpool while enjoying the same margin over Swansea below them. Their only defeats in their last 13 games have come against Liverpool, Arsenal and Chelsea though momentum has dried up somewhat as the 3-0 win over Hull is their only victory in the last 8 games.

As Allardyce said, the dire showing at the Hawthorns on Saturday could have been a result of recent exertions in matches against Manchester United and Southampton in which they matched and gained draws against teams positioned in 3rd and 4th in the league.

The trip to St Mary’s on Wednesday would have tolled heavily after Adrian was sent off before they lost Andy Carroll to injury- which caused them to finish the game with nine men. “I would say it (the defeat) was probably coming based on what we’ve had to cope with over the last few weeks” said Allardyce, “there was not the energy we know they’ve got based on all they’ve done in the last few weeks.”

Allardyce’s task now will be to re-summon the motivation for his team to avoid having a promising season fizzle out into mediocrity. It will be pleasing to the manager that with 13 games left the Hammers are only just 2 points short of their entire total of 40 they managed last season, and that the calls for Gold and his co-owner David Sullivan to sack Allardyce that grew so loud last season have now been muted.

The 60 year old’s contract is due to expire at the end of this campaign and Sullivan has already voiced his concern that Allardyce may walk away from the club as the owners stick rigidly to their policy of not negotiating with managers until the end of the season.

If he chooses to go, it is likely to be on his own terms after fulfilling the remit he was given last summer of playing more attractive football and achieving “progression on the pitch” after staving off the sack in May. A top-ten finish was another objective but barring a drastic decline in form in the remainder of the season, that should be satisfactorily placated. With many clubs choosing so often to head down the route of replacing the manager, Gold and Sullivan opted for the refreshing approach of altering the coaching set-up, a new attacking coach was appointed in the form of Teddy Sheringham, and they are now being rewarded for it.

The West Ham board would permit Allardyce to spend generously to form a squad capable of pleasing those targets and an outlay of nearly £30 million would dwarf the £3.8 million they would recoup on the sale of Mohamed Diame to Hull City. The decision to bring in Mauro Zarate, already deemed “not good enough” and sent on loan to QPR after just 6 months, was badly misguided but the list of other incomings makes for very pleasant reading.

Diafra Sakho has 8 goals since joining for £4.4 million from Metz and his partnership with Enner Valencia, signed from Mexican club Pachuca after impressing in the World Cup with Ecuador, has added a new vibrant edge to West Ham’s attack. Add in Carroll, who hit 5 goals since returning from a lengthy injury absence in November but now out until the end of the season after undergoing knee surgery, and Allardyce is right to admire the attacking potency in what he calls his “best ever side”.

Deals to bring in Aaron Cresswell, who has been the only player other than goalkeeper Adrian to feature in every Premier League game so far, for £4 million from Ipswich and Carl Jenkinson on loan from Arsenal to fill the full-back positions have been astute while Cheikhou Kouyate, a dynamic centre-midfielder until he has been asked to cover at centre-back in recent weeks, looks a clear bargain at £6 million. Alex Song has also been a valuable addition, bringing his experience, class, poise and vision to the central-midfield on loan from Barcelona.

New signings have complimented those already at the club favourably, with Kouyate helping to protect the excellent defensive pairing of Winston Reid and James Tomkins, while James Collins can also provide experience and solidity as a cover option. The likes of Mark Noble and Stewart Downing, who has 7 assists alongside 5 goals in a productive campaign at the tip of Allardyce’s four-man midfield, have also impressed hugely, the latter doing enough to return to the England squad for the friendly with Scotland back in November.

The current system is geared towards allowing each player to thrive, the midfield trio encompassing the physical power of Kouyate, the energy of Noble and the craft of Song, while Downing’s trickery supplies the pace and aerial ability of Sakho and Valencia in attack. Allardyce’s own flexibility has also shone through as he mixes direct football with periods of genuinely exciting and attractive play, it was revealing that Allardyce was the one criticising a Manchester United manager for the amount of long balls after their recent meeting.

Some issues still remain, such as the declining form of the aging Kevin Nolan and the uncertainty surrounding Winston Reid’s future, but it is a strong position that Allardyce finds himself in as he heads for this summer’s contract negotiations.

The defeat to West Brom in the cup may have hurt, but it was the 1-0 loss to the same opposition in the league last April that caused fans to vent their anger at the manager and the owners to take note. The Hammers are in a much healthier position now.