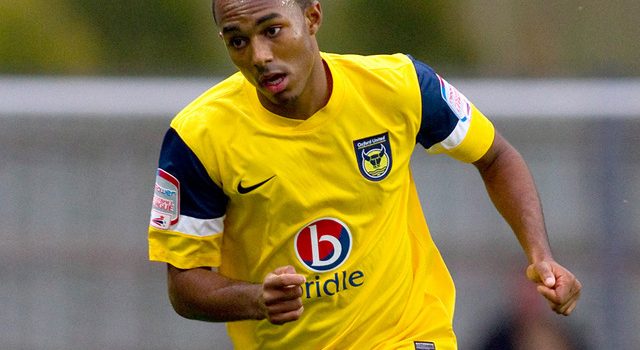 It was a cool Autumn evening in 2011 and Plymouth were the opponents. He’d just scored his second goal to make it 2-1 and his fifth in six games.

The cross came in from Damian Batt and Hall’s quick movement of his feet allowed the West Ham loanee to guide the ball with his left past the despairing Jake Cole in the Plymouth goal.

Hall has also represent England at U16, U17, U18 and U19 levels. He was a member of the England side that won the 2010 UEFA European Under-17 Football Championship in Liechtenstein and has an excellent goalscoring record at that level with eight goals in sixteen appearances.

So it was no surprise that in Spetember 2012, the 18 year old made his Premier League debut. He came on as a sub for Guy Demel in the 78′ minute in the 3-0 hammering of Fulham.

Hall has been likened to a young, left footed, Jermain Defoe. Now, we all know that no player has ever become the exact same player as one they have been compared to, but Robbie does have the same attributes as Defoe did at his time at Bournemouth.

He’s a fox in the box, who’s nippy and is in possession of a powerful, yet accurate, shot.

The only real weakness of Hall’s game is his lack of strength and he tired massively at the end of games during his spell at Oxford United. Strength will come with age, and he will certainly be hitting the weights over the next few years.

Can Robbie Hall reach the heights of Jermain? Only time will tell. But the future is certainly bright for young Robbie.

He’s a Premier League player in the making.

Check out his excellent blog, Saturday at Three