Manuel Lanzini: Why West Ham Must Make this Star a Permanent Signing 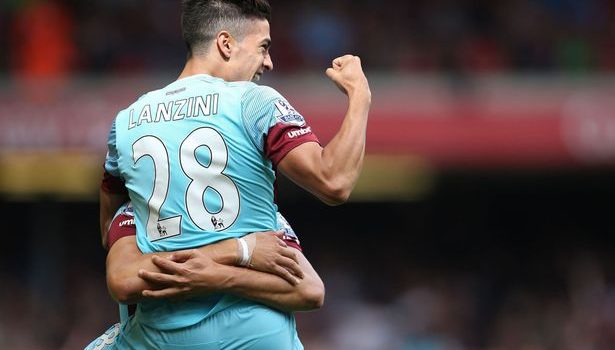 Manuel Lanzini: Why West Ham Must Make this Star a Permanent Signing

West Ham United pulled off some superb business over the summer, starting with bringing in former fans favourite Slaven Bilic as new boss. However, the Hammers made plenty of impressive transfer acquisitions, as well.

West Ham brought in the likes of the excellent Dimitri Payet, the dominant Angelo Ogbonna and the more than capable Nikica Jelavic – among others.

The club were also very shrewd in the loan market, capturing Carl Jenkinson for another season-long loan from Arsenal, Victor Moses from Chelsea, and the outstanding Manuel Lanzini from Al Jazira Club.

Pick of the bunch

Arguably, the pick of the bunch of loan signings has been Lanzini. The attacking midfielder has settled into Premier League life with real aplomb, and he must go down as one of the league’s best signings of the summer.

The 22-year-old has already hit four goals in 11 league starts for the Hammers, prompting co-chairman David Sullivan to issue a ‘hands-off’ warning to the Irons’ Premier League rivals.

Sullivan told West Ham United’s official website last month: “I know there have been some reports in the media over the weekend surrounding the future of Manuel Lanzini. We have an unbreakable option with both Lanzini and his club, so any other team’s interest is irrelevant. Manuel has been a fantastic signing for the club and we all hope he can maintain this superb run of form for the rest of the season.”

To be fair, the majority of West Ham’s signings have had the desired effect, but Dimitri Payet and Manuel Lanzini have certainly stood out amongst the rest so far.

Unfortunately, both players, as well as a few others, are on the injury table at present, as the Hammers have suffered badly with injuries this season. West Ham will be desperate to get these two back as soon as possible.

Nevertheless, if there’s one thing that Bilic and co. must do next summer, it’s sign Manuel Lanzini on a permanent basis. The midfielder has taken to English football like a duck to water, and it looks as though he’s only going to get better and better as time goes by.