Special Feature: Demand For Engineers Escalates In Lead Up To World Cup 2014 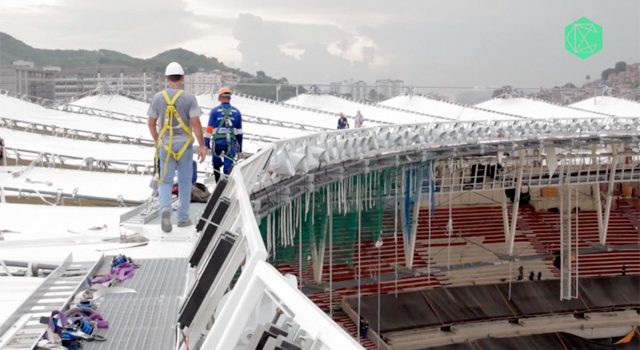 Special Feature: Demand For Engineers Escalates In Lead Up To World Cup 2014

Within the space of two years, Brazil will host the world’s two biggest sporting events: the Soccer World Cup in 2014 and the Summer Olympic Games in 2016. This is an opportunity for the nation to give the world a taste of its famously vibrant and open culture, and its historic passion for football. But, aside from that, preparations for the world cup have spurred a nationwide investment in infrastructure that many feel to be long overdue.

Brazil is viewed as an inspiration for developing nations due to the progress it has made over the last two decades. During this time it has overtaken the UK to become the world’s sixth largest economy. In the next few years, billions will be spent to ensure that it has the infrastructure to reflect its burgeoning economic power.

Brazil has won the Soccer World Cup more times than any of the eight nations that have lifted the trophy since the inaugural event in 1930. Yet, until Spain’s victory in 2010, it was the only World Cup-winning nation to have never won the tournament on home soil. The last time Brazil hosted the event, which was in 1950, the country was left in stunned dismay as Uruguay beat the team in the final and took the trophy it thought was in the bag.

Fans hope they will take this opportunity to set the record straight. First and foremost, however, Brazil intends to succeed as hosts, for this is every bit as essential to their sense of national identity as success on the football pitch.

Work on 12 stadiums is underway throughout the country, including one in the city of Manaus, which lies deep in the Amazon rainforest and is difficult to reach by road. This underlines the fact that the transport networks that connect the host cities are every bit as essential as the stadiums themselves, especially considering the geographic size of Brazil.

In 2007, it was announced that Brazil would host the 2014 World Cup, and the size of the task was soon made clear when the 2009/2010 World Economic Forum in Geneva rated the quality of Brazilian infrastructure to be amongst the worst in the world (giving it a score of 3.4, which is below the world average of 4.1).

Only 12% of Brazil’s roads were paved at the time, and it had a smaller railway network than France, despite France being one-thirteenth its size. It was clear that significant investment was needed if Brazil was to host the world’s two biggest sporting events in quick succession.

In 2010, the outgoing president Luiz Inacio Lula da Silva launched an initiative to invest $900 billion in infrastructure, with a focus on improving transportation, electrical supply, and the nation’s ports.

It’s estimated that the Brazilian government will have spent $25.3 billion on its rail network alone by the time it hosts the World Cup in 2014.

Over the years, Brazil’s economic growth has drawn attention to its skills shortages, particularly in areas such as engineering. Now, with the investment in infrastructure and a Soccer World Cup on the horizon, addressing those skills shortages has become a matter of urgency.

Social inequality and a school curriculum imposed by the federal government have contributed to the lack of preparedness amongst many Brazilian students who undertake university courses. For example, of the 130,000 students that start an engineering course every year, only 35,000 will graduate. This is due to the price of tuition fees and a lack of adequate training in mathematics, physics, and chemistry in public schools. As a result, Confea, Brazil’s Federal Council of Engineering, Architecture and Agronomy, has reported an annual deficit of over 20,000 Brazilian engineers.

Government and industry have recognized the need to promote education in scientific, engineering and IT fields, and federal programs such as the National Engineering Plan, Science Without Borders and Pronatec (National Program of Access to Technical Learning and Employment) aim to do just that, by establishing technical schools in poorer regions of Brazil, and by offering scholarships and exchange opportunities so students can receive their training overseas.

As for short-term solutions, the government has cut down on the regulations and procedures required to obtain work visas in the hopes of encouraging an influx of foreign workers.

It’s clear that hosting a successful Soccer World Cup and Summer Olympics are not the end goal, but rather the first stage in a much longer journey, as Brazil looks to establish an infrastructure that can meet the needs of its growing economy, and provide an educational system that can produce the skills required to do so.

Matthew Flax writes about the preparations underway for the 2014 FIFA World Cup, because, like any true football fan, he knows the Brazilian way is the best way.