Nemanja Matic: Why the Serbian is an expensive gamble for United 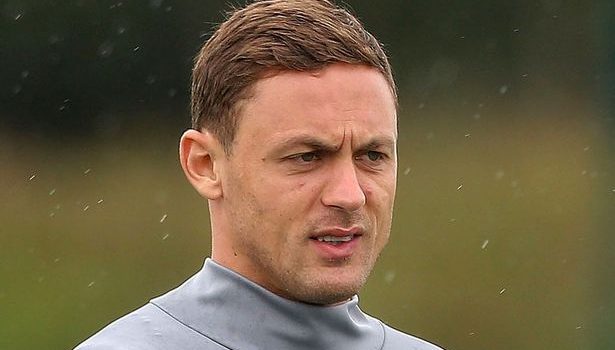 Nemanja Matic: Why the Serbian is an expensive gamble for United

Jose Mourinho has a tendency of sticking to what he knows best.

In terms of players this is especially true. Over the course of the Special One’s managerial career, there are many players that Mourinho has used at multiple clubs.

Jose used his compatriot Ricardo Carvalho at Chelsea, but also signed him at Real Madrid years later. He brought defender Paulo Ferreira with him from Porto to Chelsea, and loaned in Michael Essien when in charge of Real Madrid, having previous worked with the Ghanaian at Stamford Bridge.

Zlatan Ibrahimovic, despite being 34 years old, was top of Mourinho’s wishlist to join Manchester United when he was appointed. The pair were both at Inter Milan. So it’s clear, Jose has a loyalty and trust in certain footballers.

The latest Manchester United signing is in the form of the £40 million Nemanja Matic; a big Serbian midfielder who Mourinho brought back to Chelsea in 2014.

He is a quintessential defensive midfielder; tall, strong, with a decent tackling ability and passing range. Some claim he is finally the man to fill Michael Carrick’s boots. But is he a good fit?

Matic will have no trouble adapting at Old Trafford as he no doubt knows Mourinho’s methods and tactics as well if not better than his United teammates.

He has lots of experience and as a Premier League title winner, he won’t be overawed by any of the existing squad, in fact many of them will look up to him as they did to Zlatan last year.

But at 29 years old you could argue that he is a little overpriced considering he’ll only have a few years left at the very highest level. There will be little or no resale value on this signing.

This high financial outlay is all the more perplexing for United given the fact that they are not short of youthful players who can fit this mould already – namely the highly regarded Timothy Fosu Mensah; who has played well as a defensive midfielder at the underage level for United.

It seems now that the Dutchman’s best chances of first team action could be a loan deal elsewhere. United selling him could prove a catastrophic mistake on the same level as Paul Pogba’s departure in 2012.

Yet more ammunition for the critics of Mourinho who claim the Portuguese boss doesn’t put enough trust in youth.

The Matic transfer does beg the question – if Magic is so good and important, why were Chelsea prepared to sell him? The form of N’Golo Kanté last year was one of the reasons.

The little French dynamo literally did Matic’s job and the role of an attacking midfielder at the same time, making the poor Nemanja somewhat redundant on the bench.

Matic is not a goalscorer. Obviously getting goals is not his main job, but for £40 million you’d expect more of a goal contribution and 4 goals in nearly 5 years for Chelsea is not very impressive.

When you consider the options that were available, it seems a little puzzling that United have gone for Matic; Monaco’s Fabinho is the younger, quicker, and more complete player, yet the Red Devils did not swoop for him despite much interest this summer.

Matic’s former club Chelsea has replaced the aging Serbian with a player of a similar profile in Monaco’s young Tiémoué Bakayoko.

This makes you think, is Matic really Manchester United’s first choice defensive midfielder target? And was there even much competition for his services?

Where were the other elite clubs like Real Madrid, Barcelona, and Bayern Munich? Matic’s availability didn’t seem to cause much frenzy in Europe.

You could argue, that the signing has been made really to facilitate Paul Pogba’s offensive game.

Last season the Frenchman was asked to play in a variety of positions and did so admirably, but it’s obvious his strength lies with his pace, skills and power going forward, almost as a false number nine.

Speed is certainly not Matic’s forté, you would assume his job will be to provide extra protection for the back four the way Michael Carrick did before him.

Let’s not forget, Manchester have not won the Premier League title in four seasons and counting; their longest barren spell since their 2003 win, when they subsequently didn’t wrestle the league trophy back until 2007.

Mourinho has also managed to deliver a league title for all his clubs in his second season there. So his and the Reds records are both on the line this coming season.

Thanks to Lukaku’s goals and perhaps more influence from Pogba and Henrikh Mkhitaryan, they may still win the league, it just remains to be seen whether Nemanja Matic will have a huge influence on the proceedings.