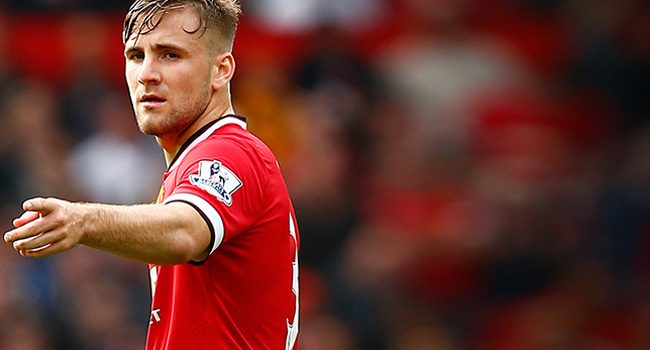 According to Manchester United manager Louis van Gaal, Luke Shaw will have a really good season this year. The left-back faced several injuries in his first season at his new club after making a £27 m move from Southampton. In his last two seasons at Southampton, the full-back made 60 league appearances before his move to Manchester United last summer. Shaw’s injuries allowed him to only play 15 league games last season, he will be looking to improve his fitness and hope his injuries will decrease in his second season.

Shaw’s disclosed his thoughts about his debut season in a recent interview. Recalling last summer, when he arrived at United, Shaw said: “I only had myself to blame. I didn’t arrive at the club in the correct shape and things didn’t go to plan. The manager told me his feelings and I totally accepted that. At a massive club like United you have to be at your best. But I learned and this season I feel much fitter, much sharper and I have the experience of a year at Manchester United behind me. The big difference is my fitness. I got a good 45 minutes [against Club America in Seattle] and hopefully I can keep pushing on.”

Louis van Gaal would not be worried a lot if Luke Shaw was out due to an injury because he can choose between Daley Blind, Marcos Rojo and new signing Matteo Darmian to take over his position. The Dutch manager is known to work with young players very well and help them reach their potential. Luke Shaw is only 20 years old and has a lot of time to reach his potential, but working with a manager like Louis van Gaal can help him become one of the best left-backs in the world in a couple of years time.

Daley Blind covered the left-back position for Manchester United for most of last season. But during the pre-season it seems like this will no longer be the case with Luke Shaw returning to the first team at left-back and Daley Blind being used in the centre of defence.

The United manager believes Blind can play in many positions and it seems like centre-back will be a new position he may cover next season despite playing at left-back and defensive-midfield last season. If this method works out during the tour for the manager, you could guess Luke Shaw would take the left-back position off Daley Blind for the first league game against Tottenham next week.

The 15 games Luke Shaw has played this season shows glimpses of why he could become one of the best player full-backs in England, but picking up injuries very often will definitely delay his development in proceeding to the next level. Shaw has featured in all games of the pre-season and seems prepared for the upcoming season.

Shaw has many abilities in his game and should be able to provide cover at left-back for another ten seasons coming. Shaw’s strength for a youngster is really impressive and hardly gets bullied by the opponent off the ball. He can do really well in one-on-one situations and very rarely does he give away any fouls.

Alongside his defensive abilities, he can also be helpful on the attacking part of the game; he has pace which he burns off by dribbling up and down the flanks, which is a vital ability every full-back needs.