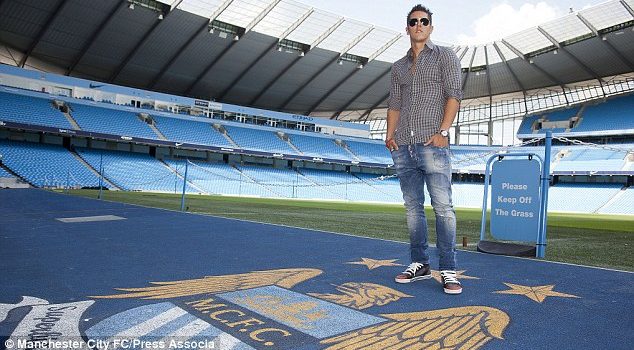 When Roberto Mancini’s arguably successful reign as Manchester City manager came to an end on the 13th May 2013 after a relatively unsuccessful season, it came as a surprise to many. After giving the Manchester based team their first Premier League title in 44 years and an FA Cup to be proudly placed in there trophy cabinet and gaining Champions League qualification 3 years running, although not reaching the knockout stages each time.

However, 1604 miles south quietly away from mainstream media, Manuel Pellegrini constructed a team that managed to debacle AC Milan in the group stages of the UEFA Champions League. Porto followed in the final 16 who were seen off with relative discomfort, but nevertheless saw them meet the competition’s runners up Borussia Dortmund but were to be knocked out last minute in unfair circumstances some may argue.

Ultimately this European success is what attracted the Manchester City chairman Al Mubarak to the Chilean manager, constructing a team to be successful on the wider stage to showcase to the world the considerable investment that has been made into this football club.

On Manuel Pellegrini’s arrival on the 14th June 2013, 2 of his target’s had earlier joined the club in the form of Jesús Navas and Fernandinho, breaking through Mancini’s philosophy of narrow football and with the majority of the play and creativity coming through the channels, via the likes of David Silva and Samir Nasri slipping balls into the 18 yard box for the likes of Sergio Aguero to lash into the goal.

The aggressive nature of these early transfers shows that Pellegrini is ready to stamp his vision on Manchester City in attempt to eradicate the narrow play from the start and help bring natural width and technique too the Etihad as soon as possible. This is evident from the signing of Jesús Navas who is a natural right-winger with raw pace that has split apart defences and left fullbacks looking silly since he broke onto the scene in 2003 after coming through the Sevilla youth team.

Brazilian international Fernandinho when looking more closely into the deal makes complete sense to the Manchester City management. With many players within the Manchester City squad not having massive Champions League experience and with the previous failings within that competition that means so much to the owners it makes sense they’d make a massive outlay into this player. Not only does he bring Champions League experience to the team, but he also brings technique and skill accompanied by raw speed to the deeper part of a Manchester city midfield that has failed to bridge the gap of Nigel De Jong’s departure to AC Milan.

With the departure of Carlos Tevez to Juventus on a relatively low transfer fee, in came the secret Spanish goal machine Álvaro Negredo. With an impressive season with Sevilla under his belt, scoring 31 goals in 42 appearances for the Spanish club he earned himself a move to the Manchester club hoping to re-enact that form in the Premier League and aiming for winners medals in the process.

He brings real instinct to the Manchester City front line being able to react to lose balls within the 18 yard box and also having an eye for a header even if he isn’t the largest of builds compared to Premier League central defenders at 6ft 1inch and can finish smartly but he is very much a consistent and confidence-dependent player. If this transfer is to be successful, he will have to have first team football and not be a bit part player like Mancini treated other strikers in the past.

Although not officially signed at the time of writing this, it seems that Montenegrin wonderkid Stevan Jovetić will be also a new edition to the Manchester City front line. With the potential of growing to an even better player then he is already is, he possesses real talent and strength within exploiting space behind the opposition midfield and playing in strikers from angles and also holding up the ball bringing other players into the game.

He is not an out and out striker banging goals in every game but he will certainly help out with that. With a beautiful first touch and intelligent footballing mind, he could be a big hit in the Premier League providing he adapts and keeps his temperament in check.

Manuel Pellegrini has already stuck his metaphorical stamp onto the Manchester based team with a string of signings paving the way for a new dynamic style of play for the fans to get there teeth stuck into. Some people within the Premier League football circle see these signings as being to “safe”, which is completely the opposite to what Pellegrini is doing in my opinion.

He’s giving people a chance that have proven themselves in their native leagues to prove it in the biggest league in the world and the biggest footballing competition in the world, the Champions League, which is a massive risk to take especially with the transfer fees that are being splashed by the Manchester City hierarchy.

With a few more additions and quick team bonding from Pellegrini and the backroom staff it could be a successful season especially with the ongoing media attention being away from them and onto their fierce rivals Manchester United with their change in manager and want away striker Wayne Rooney.

There is a real chance for an unstable and unpredictable title race this season, and in my opinion Manchester City are right in the mix for that bumpy ride ahead.