Chelsea FC: Why youth are not given a chance 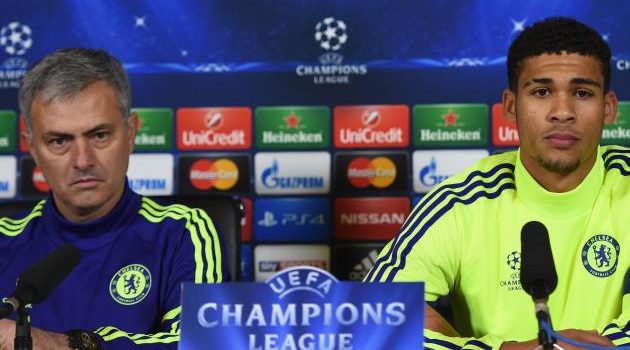 Chelsea FC: Why youth are not given a chance

With the new season approaching, teams are composing their teams to compete in a demanding Premier League campaign.

Chelsea aren’t any exception as Antonio Conte is looking for another four players at least to make Chelsea competitive in both the Premier League and Champions League.

Despite spending over a 100 million pounds on new arrivals, Conte feels the need to bring in more as his squad is left thin with “THIRTY SIX” players have either left or gone out on loan.

This leaves Chelsea with a squad of 25, which is a cause for concern for Conte as he feels his team lacks an in-depth squad who can challenge on all fronts.

The question presented here is why Chelsea fail to give their youth a chance and are they good enough to compete at the highest level?

With the arrival of Roman Abramovich in 2003, Chelsea have been on par with Manchester United in terms of silverware and success in the English top flight. This is initially down to Chelsea’s mega spending in Abramovich’s formative years in turning Chelsea into a powerhouse on the continental stage.

With high spending from the Russian Oligarch, Chelsea’s youth system has been neglected, with John Terry the only established player in the Chelsea team that originated from the youth  setup until his departure in 2017.

Although Chelsea’s transfer policy has developed into a shrewd business plan with players being sold in order to balance the books, youth players have been part of the regime and have been farmed out to clubs across Europe before being sold for a respectful fee.

Though this allows the club to generate an income for new players, it prevents youth the chance of playing for Chelsea.

Since Roman’s arrival, Chelsea have gone through eleven different managers in fourteen seasons.

Although this direct approach of sacking managers who fail to deliver does bring silverware with the new manager, it does prevent youth players of getting a chance. This is due to one manager working on their development only for that particular player to be either neglected and send out on loan or a permanent basis when a new coach is appointed.

One example to demonstrate this is Josh McEachran, who played under Carlo Ancelotti. McEachran showed promise and competed with the first team while the Italian was in charge.

However, when Ancelotti was dismissed and replaced by Andre Villas Boas, McEachran playing time diminished. This continued under Villas Boas successors and McEachran was eventually sold to Brentford.

The same can be said for Jose Mourinho’s second spell and his attempted to promote Loftus-Cheek, Brown and Lewis Baker as senior regulars. As it stands, only Loftus-Cheek has been giving limited game time under Mourinho’s successor Conte and has been sent out to Crystal Palace on loan.

Although one can argue that Conte did give youth players a chance last season, the fact that he has let them leave permanently or on loan suggests he did not trust those particular players to make a stake in the first team. These examples suggest the continuous change of managers disrupts a player’s development and their chance in the senior team.

A steady stay of managers seems to benefit the growth of youth players. This includes Sir Alex Ferguson’s “class of 92” and Arsene Wenger’s promoting youth players to the senior side over the last two decades.

This provided both teams a backbone and led them to success. This suggests Chelsea need to take a similar approach if they want to get the best out of their youth system.

Are they good enough?

With the financial power to buy the best players and the revolving door of managers, one can argue are Chelsea’s youth players are capable of competing with the superstars at the clubs. They are two sides of viewing this.

On one hand, these players lack the experience to compete at the highest level for domestic and continental honours.

The Chelsea hierarchy would not want to jeopardise the clubs chance of silverware by banking solely on youth. This would restrict the prospect of youth players having regular outing in the first team.

From another perspective, Chelsea’s youth team have won FA youth cups and UEFA youth league over the last five years. This indicates that Chelsea’s youth academy are seen as one of the best in the world.

Despite this, These players fail to establish themselves in the senior side.

Overall, the Chelsea youth players are capable of challenging for positions in the senior team, if given the chance.

They had immense success at youth level, while others have thrived out on loan. This indicates it’s the manager’s preference than the quality of these players.

With the continuous change of managers, it will be hard for these players to make a name for themselves in a Chelsea shirt. However, if Antonio Conte can stay for the long haul, this may change the bleak outlook for the future stars of Chelsea Football Club.