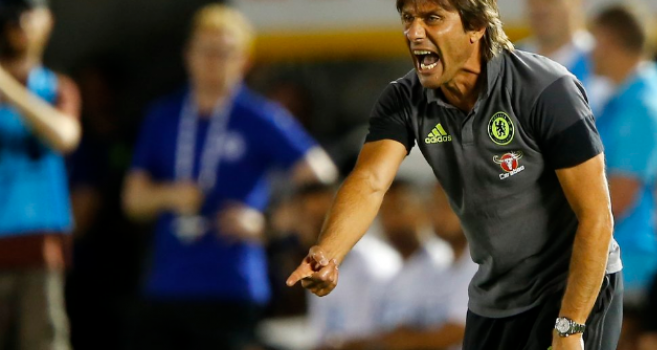 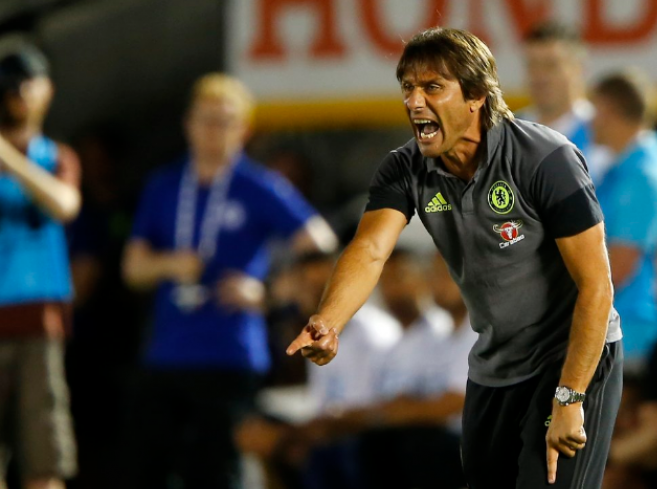 The 2016-17 season is nearly upon us, and as we’re gearing up with great anticipation, here are a few takeaways from Antonio Conte’s first three games in charge of Chelsea.

Many questions have been asked about the shape Antonio Conte would employ at Chelsea, and based on what we’ve seen so far in pre-season, the Blues will play a variation of 4-4-2.

However, Conte seems to have added an interesting twist to this formation, as during both the Liverpool and Real Madrid games, we’ve seen the second striker drop into the midfield area, and the wingers get leveled with with the two central midfielders, thereby creating a five men midfield.

It’s still early days, and there is no guarantee he won’t adjust this formation to better fit his personnel, but at the moment, indications are this is the way the Blues will line up against West Ham come August 15.

A recurring theme in Chelsea’s three pre-season games so far has been the flagrant lack of creativity.

While the Blues have looked impressive at times in their defensive organization, they have at no point so far impressed going forward. They have relied on set pieces, or the odd piece of individual brilliance to get on the scoring sheet.

Cesc Fabregas vs Liverpool was impressive both defensively and going forward until he managed to get himself sent off for a ridiculous challenge on new Liverpool signing, Ragnar Klavan.

From his deep position alongside Matic, he seemed to be the only player attempting and likely to create goal scoring chances. He ended up delivering the only assist for the game with a corner kick delivered onto Gary Cahill’s head.

Against Real Madrid, his absence was sorely felt. Part of the overall lack of creativity could be attributed to Eden Hazard’s late pre-season return following the Euros.

The Belgian attacker only played the second half of the Real Madrid game and straight away made his presence felt with direct runs at the Madrid defense, as well as two well-taken goals, twice rounding the Madrid keeper.

Auditioning for the second striker role

Continuing with Eden Hazard, Chelsea’s number 10 was deployed in an unfamiliar position over the last twenty minutes against Real Madrid.

It’s clear the Italian coach will play with two strikers, and assuming he remains at the club, Diego Costa will be one of them.

The second striker on the other hand has not yet been nailed down. Ruben Loftus Cheek, Bertrand Traore and Eden Hazard have all been tried with varying levels of success.

Though Loftus Cheek seemed to be an odd choice at first, the manager insists that he possesses the attributes necessary to adapt to the rigors of the role.

On Saturday in Michigan, Eden Hazard showed glimpses of what he could offer as a support striker.

Though he would undeniably have much less space to exploit in a central role than on the wings, Eden showed his pace and trickery could be an asset in a central position and could allow him to become more decisive for Chelsea.

Based on how he used Carlos Tevez, and before him, Vucinic at Juve, whoever plays as second striker for Antonio Conte will be given a free role while attacking, but will be expected to defend along with the ten outfield players without the ball.

Width is the key

While over the past ten years or so, Chelsea has built a squad tailored for attacking teams down the middle, with multiple number 10s playing behind a center forward, and coming inwards, Antonio Conte is looking to shake things up.

Antonio Conte intends on using the full width of the football pitch, with interchangeable wingers. Multiple times during the pre-season, we’ve seen Moses, Willian, Pedro, effortlessly swap wings and make the pitch as wide as possible.

This was a recurring theme for Italy during the Euros and will definitely be one of the many changes that will be introduced in the Blues’ playing style for the coming season.

Opening up the pitch, the wingers will look to stretch the opposition and create space down the middle for the two strikers and/or central midfielders to exploit.