Francis Coquelin: Why he should succeed Cech as Arsenal’s skipper 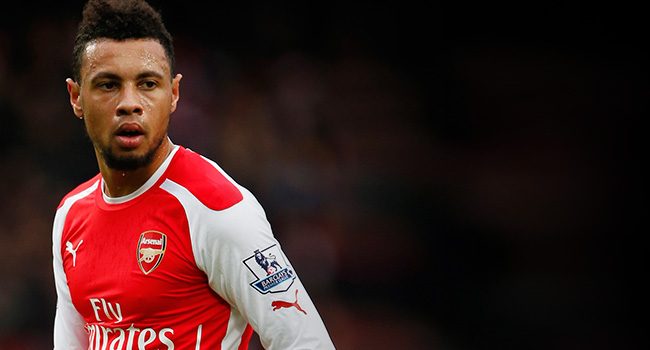 Francis Coquelin: Why he should succeed Cech as Arsenal’s skipper

Rumours circulate about the possibility of Petr Cech replacing Mikel Arteta as the club captain next season, and Arsenal can then lay a strong foundation going forward given the former Chelsea custodian’s composure, winning mentality and experience at the top. However, at 34, he does not prove a long-term answer, prompting the need for cultivating leadership qualities in the current crop of players.

The armband hardly holds any significance at the Ashburton Grove club with Per Mertesacker, who has hardly been vocal on the pitch, donning it more often than not this season. In addition, Arsene Wenger’s surreal – and cute – decision to make Theo Walcott the lieutenant to mark his tenth year at the club also raises questions about the relevance of the role of a skipper in the team.

The London club have enjoyed limited success in creating leaders, with their permanent captains perennially watching the action from the technical area. Thomas Vermaelen saw Mikel Arteta lead the starting eleven through the tunnel during his stint as the Arsenal skipper whilst the Spaniard himself currently watches Per Mertesacker do the same.

Arsenal’s academy graduates with considerable leadership qualities either are perpetually injured or fail to make the cut at Arsenal, dropping to Championship and other lower leagues, with Jack Wilshere, Ignasi Miquel and Henri Lansbury standing as fitting examples. With world-class talents such as Alexis Sanchez, Mesut Ozil and the others deemed unsuitable for the role, the Arsenal manager shall look for a permanent skipper elsewhere.

Francis Coquelin puts in a shift every time his manager throws him onto the pitch and has earned comparison to the Arsenal legends such as Patrick Vieira and Gilberto Silva for his solidarity and aggression in the middle of the park. In a team that desperately lacks mental strength, his passion stands apart, and after ending Arsenal’s six-year-long hunt for an excellent defensive midfielder last year, he could now stop their search for the candidate to whom the nascent captain in Petr Cech would eventually pass the torch.

The French midfielder has time and again proved his love for the club and desire to win, with his wild goal celebrations against Chelsea, Manchester United and Bayern Munich bearing testimony to the same. His recent expression of his passion came in the 2-1 victory over Leicester last week as he jumped off his seat in exuberance after the last-gasp Danny Welbeck decider. With Arsenal struggling to find the winner against ten-men Leicester, the youngster’s reactions to Riyad Mahrez’s and his own substitution speak volume about his spirit.

Despite his aggression, the fact that he has never been sent off in an Arsenal shirt only makes him the ideal candidate to skipper the team.

Having rose to prominence after being branded the worst player in Bundesliga during his Freiburg spell and demoted to the Championship in the next season, he has proved his fighting spirit. Though Arsene Wenger has been praised for identifying the masked talent of the former Charlton Athletic loanee, the leap from such mediocrity to becoming a first-team regular at Arsenal would completely be down to the player himself. With such an inspiring history, there should be no reason as to why he could not aid in the progress of Chuba Akpom, Issac Hayden and the likes.

At 24, he could don the famous red and shirt for at least a decade and would surely have reached a different level of maturity by the time Petr Cech calls it a day. With someone as passionate as him sending commands to his teammates on the pitch, the then-Arsenal manager will enjoy the delight of watching his lads give their hundred percent every single game.

Arsenal’s questionable mental strength has been discussed in another O-Posts article in which even more incidents stressing upon the positive attitude of the 24-year-old has been deliberated. Do you think he could be the second coming of Arsenal’s own Tony Adams?