Calum Chambers: Why his loan move to Middlesbrough could be a disaster 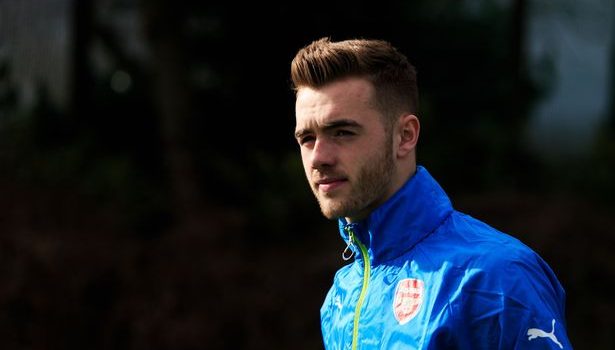 Calum Chambers: Why his loan move to Middlesbrough could be a disaster

Sky Sports reported on Monday about Calum Chambers’ potential loan move to Middlesbrough, a day after Middlesbrough manager Aitor Karanka admitted to scouring the transfer market for “the right player or players”.

The former Southampton starlet, thus, will become the fourth first-team player, after Wojciech Szczesny, Joel Campbell and Takuma Asano, to be loaned out in search of minutes.

Rumour has it that Arsenal lured Robert Holding to Emirates Stadium stating he would be the club’s third-choice centre-back only behind veterans Laurent Koscielny and Per Mertesacker.

Even if Chambers were ahead of the now-injured Gabriel Paulista, the imminent arrival of Shkodran Mustafi would see him fall further down the pecking order.

Boro, not the best destination

Although a loan move was always inevitable, a loan move to Riverside Stadium should have been averted.

With the influx of television deal money, bottom half Premier League clubs are no longer eyeing at loan deals for the big clubs’ fringe players.

Despite the bizarre scenario, sending the 21-year-old out on loan to an English top-flight side, where he would get considerable playing time, should have been the Plan A, but it looks as though Arsene Wenger has binned the idea of seeing Chambers get first-team minutes by sanctioning a move to the newly-promoted side.

Middlesbrough leaked in only 31 goals – the best defence in the division – in the Championship last season, and their manager Aitor Karanka will likely retain his favoured Ben Gibson-Daniel Ayala centre-back partnership.

With the former being a local hero and the nephew of Middlesbrough chairman Steve Gibson, he will likely enjoy the benefit of – mild – nepotism, and the latter has already proved worthy enough of being his partner.

By the looks of things, the Arsenal youngster’s time on the pitch will be limited, with summer arrival Bernando Espinosa and Antonio Barragan expected to usurp him.

Chambers’ chances of making the North Yorkshire club’s starting lineup will be down to his readiness to be played out of position.

Should Chambers be ready to play as a right-back or as a defensive midfielder, he may see himself playing more often, but playing out of position will only put his career in jeopardy as he has still not been able to identify a certain position as his specialty.

Serie A or the English Championship would’ve been more beneficial

A move to a Serie A – a league that is known for defence and tactics – or to any team where he would find himself on the pitch more often than not might have made more sense.

Even a move to the Championship, where Arsenal’s new hero, Holding, made a name for himself would have been a wiser move.

Barring the prospect of learning the craft under the legendary defender in Karanka, this loan move seems unlikely to produce the outcome Wenger hopes for.