Antonio Sanabria: Why the Starlet Should Snub Barca For Leicester 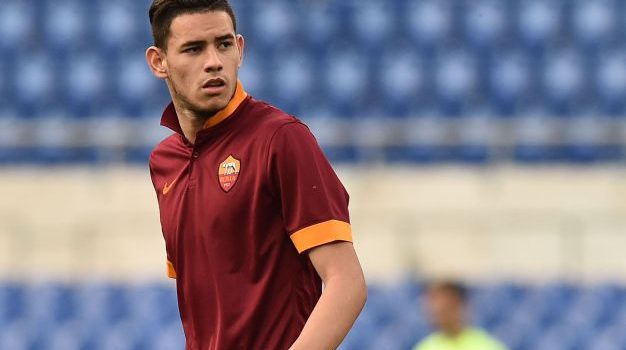 Antonio Sanabria: Why the Starlet Should Snub Barca For Leicester

Antonio Sanabria’s debut with Roma back in 2015 wasn’t quite as impressive as he would have hoped, but the subsequent season on loan at La Liga’s Sporting Gijon would be remembered fondly by him.

After all, the 20-year-old has attracted interest from Spanish champions Barcelona as well as Premier League winners Leicester City.

Sanabria struggled for game-time and generally in Italy, even on loan at Sassuolo but found a perfect place for himself in La Liga at Sporting Gijon. He took the league by storm at one point as he burst onto the scene after a slow start. He scored 11 goals in 29 games (as he finished the season rather meekly).

However, mid-season, he was scoring aplenty. The young Paraguayan wasn’t able to finish the season as strongly, but two hat tricks in the mid-season suggest how good he was when on song.

His main strengths are definitely his accuracy and efficiency. He is intelligent and makes incisive and intuitive runs in the box. For his age and experience, he plays with incredible maturity and is calm in the final third.

He is not the strongest and physicality is something he may have to work with, especially if a move to the Premier League is on the cards.

The 20-year-old has big things lying ahead of him in the future and it would be really interesting to see whether Roma give him a chance to prove himself after a successful loan season at Gijon.

Chances are, that a good offer from any of the courters will be enough to prise him away from the Italian club.

A move to Leicester, who were the surprise English champions last season would be enticing because he would be playing in the attractive Premier League, at a club which can offer the Champions League as well.

With Jamie Vardy rumoured to be leaving for Arsenal, Ranieri is looking for a replacement. Sanabria certainly has the potential to be the first-choice striker for the club, but perhaps that could take a little more time. It’s not that he doesn’t have the potential or the skills but the pressure may be too much.

His arrival would definitely not mean that Vardy’s replacement is there, Ranieri would still need to look for a more experienced forward to bring to the club along with him. Though Sanabria could take over the reigns in some time.

A move to Barcelona would be a dream come true for any player, and Sanabria would be absolutely ecstatic if that happens. However, his playing time would be severely limited at Camp Nou with the Catalans having three extraordinary men leading the line.

Chances are the player would be sent out on loan, which isn’t a bad idea but why would he look to move in the first place then?

At his age, temptation maybe plenty but the most important factor remains getting to play enough and in that regard, perhaps the most tempting move may not be the best.

ALSO: Please take the time to participate in our England jersey giveaway. More info here via this link.