Juventus: A Great Summer in Turin 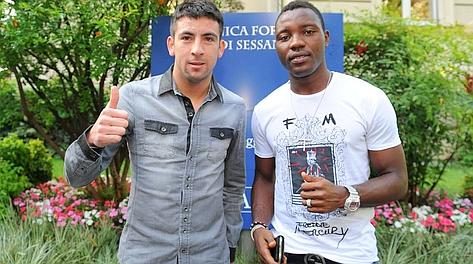 Juventus: A Great Summer in Turin

Juventus have been anything but dull during this transfer window. Several key players have been added to bolster the squad. Giovinco, Asamoah, Isla, and Lucio will make an immediate impact on the pitch this season, while the likes of Pogba and Boakye will hopefully continue their great form and eventually become an integral piece to Juve’s newfound success.

Last year, Pirlo’s free transfer from Milan was the greatest signing of last summer’s window. This year, Juve will look to Lucio to be last year’s Pirlo. In order for Juve to have success both domestically and in Europe, Lucio will have to be in top form. Fortunately for the Bianconeri, last season was kind to the back three.

For the most part, Bonucci, Barzagli, and Chiellini were fit all season long. However, with the addition of Champions League, it is not foreseeable that Juve will have the same luck. If Lucio regains his form, much like Pirlo did, we can expect great things for the Bianconeri, but there is still the void of a world-class striker.

Giovinco, the Atomic Ant, can do wonders in the attacking game. Unfortunately, Giovinco, is currently paired with Vuc who is not a natural striker. I can envision a partnership forming with the two, but I would rather see the likes of Dzeko paired with the atomic ant. Dzeko would boost Juventus into serious consideration for hardware in the Champions league. Big players have always had major success in Italy. Dzeko is the type of player who can play in Serie A and immediately be the top goal scorer. If Juve can land the Bosnian, he will have a world of support around him.

Isla and Asamoah are two players that will attack relentlessly on the wings. Even though Asamoah is not a natural winger, he has seemed to find a comfort level on the left side during the preseason. Asamoah is one of those players who never stops running and will finally break out under the light of Juve.

Juventus have made huge strides in bolstering their squad this summer. Every piece to the puzzle is starting to form leaving the last piece up to the final days of the transfer period. Will Juve finally sign that striker that they need for European success? Stay tuned for an extremely interesting end to this years transfer period!