A Football Poem: The Tribute Match for the Grenfell Fire Victims

The stars of the football world will come together soon, And play a tribute football match; kick off is at noon.   All the world’s football superstars will gather all together, And play a magical game of football - this is their endeavour.   This global event will be on TV and will make sporting 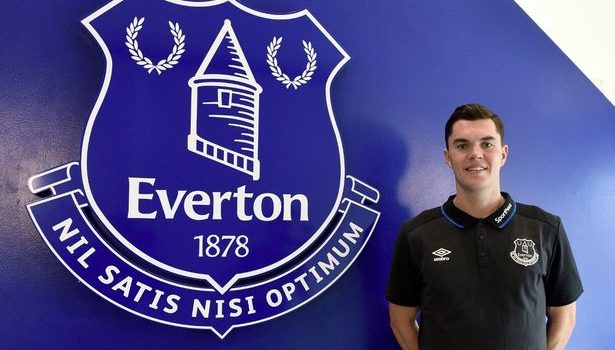 Everton continued their summer spending spree yesterday by signing Michael Keane for a reported £25 million. The 24-year old centre back joined the Toffees from Burnley F.C. on a 5 year deal that could rise to a joint club record of £30m. Keane joins his fellow England international Jordan Pickford, Sandro Ramirez, Davy Klaassen and 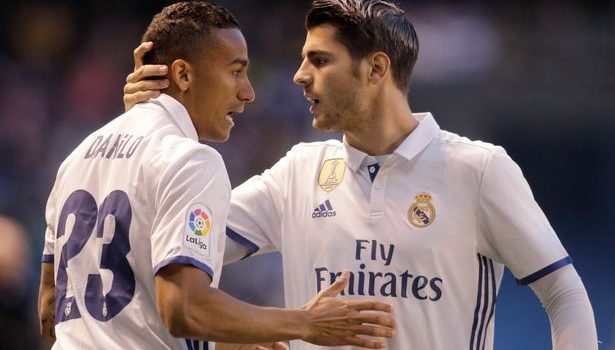 The Madrid-Barca Axis: Why Morata and Danilo are set to leave Real

It seems as though Real Madrid’s summer transfer window could be about to spring into action with the club ready for two significant departures this week. With Juventus desperate to find a replacement for Dani Alves, it seems set that Brazilian right-back Danilo will leave the Bernabeu for Turin with the finishing touches being put

Manchester United football club are the most valuable sports team in the world, worth a staggering $3.69 billion according to Forbes magazine in 2017. Why is this so? Well, they are world famous; steeped in a long rich history, and they come from a country that has English; the language of international commerce as its 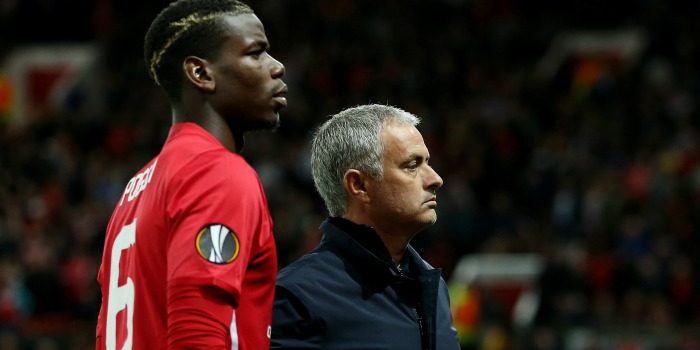 Man United: Should the club stick to their buy-back strategy?

This time last year the biggest story of the transfer window was Manchester United’s pursuit of French star Paul Pogba. This signing was to be a statement of intent by the Red Devils, a record-breaking transfer fee for a player who would lead the club to the next level. There was only one problem; Pogba 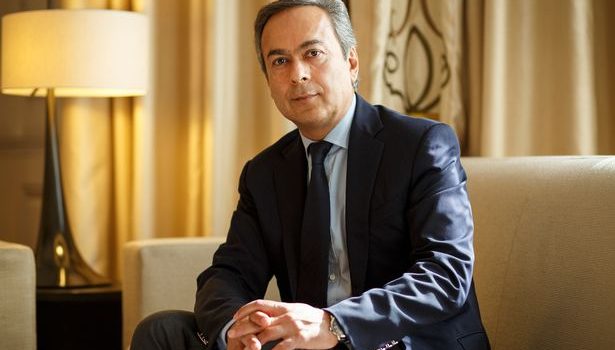 On 27 February 2016, Everton Football Club officially confirmed Farhad Moshiri had purchased a 49.9% stake in the club. Since then the club has made many strides to modernise. Moshiri currently part owns Everton Football Club and plans to bankroll the Goodison Park side so they can compete on all fronts and one day finish

On the 2nd February 2013 Newcastle had come from behind to defeat Chelsea 3-2 at St James’ Park and the fans had taken affectionately to their new January signing - Moussa Sissoko. The Frenchman produced a dominant display on his home debut, scoring twice and proving a constant threat throughout. Sissoko’s performance against Chelsea

Manchester United didn’t have the best of league campaigns during the 2016/17 season, finishing 6th and ultimately failing to finish in the top 4, which was seen by most as the minimum target for Portuguese boss Jose Mourinho in his first season at the ‘Theatre of Dreams’. However, United managed to win the Europa League.

Alex Oxlade-Chamberlain, otherwise known as “The Ox” is one of the more puzzling players at Arsenal. An impressive feat for a team full of puzzle pieces. What is he? A left midfielder? An attacking midfielder? A right wing back? A central midfielder? I don’t think he, himself knows. I don’t think Arsene Wenger knows. I

Antonio Conte is in full swing to strengthen his defense to get ready for the next season where the Blues will be facing Champions League fixtures. One of the hottest transfer talks undergoing by Chelsea’s management is the signing of Juventus’ center-back Leonardo Bonucci, who has already played under Conte at both the domestic and

An Arsenal Poem: Wenger’s Still In 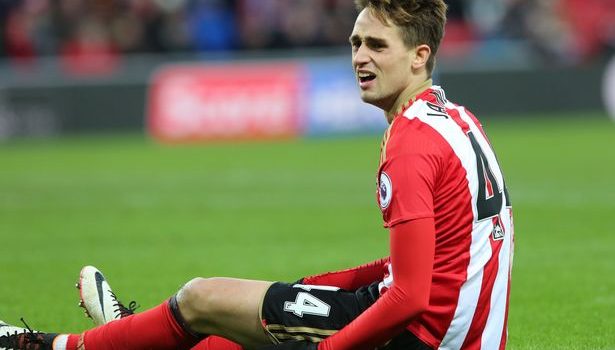 Adnan Januzaj: Why the Belgian needs to leave Man United

When David Moyes was appointed Manchester United manager in 2013, he took the club on their annual summer tour; this time to the Far East. Since there had been little or no major transfers at this time, it was an opportunity for Moyes to look at the squad he had, and the young talent coming

5 Players Arsenal Should Target This Summer

Riyad Mahrez Leicester City’s winger was a standout player in their 2015 campaign, however with Leicester failing to replicate last year’s success, it seems Riyad Mahrez could be on the move. With Alexis Sanchez’s future at Arsenal still trivial, the Gunners should look to secure the Algerian ace as a possible replacement. With 4 goals 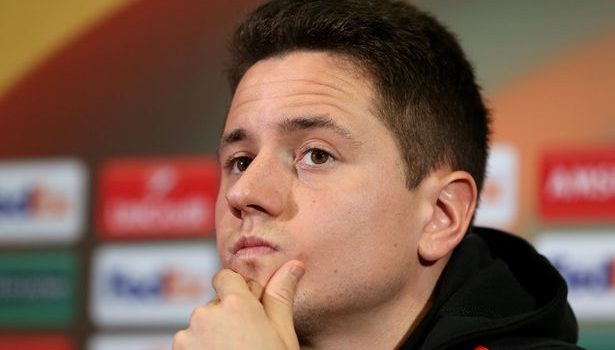 Ander Herrera: Why Barca look set to miss out on the United star

Reports from Spain are suggesting that Ander Herrera is a target for Spanish giants Barcelona. The Independent ran the story that the Spaniard is considered a second option if a deal for Marco Verratti falls though. Ernesto Valverde previously coached Herrera during his time in charge of Athletic Bilbao and is set to be a 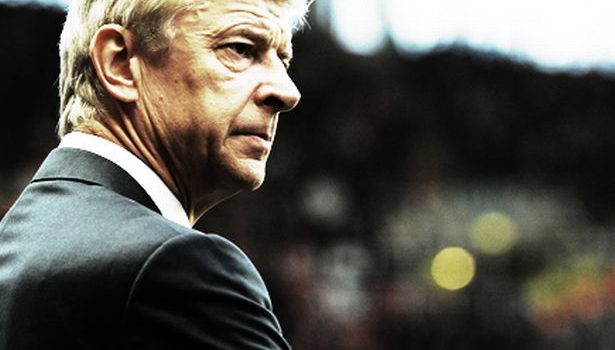 3 Things Arsenal Must Do To Win The Title Next Season

Arsenal is one of the leading contenders for winning the Premier League title every year, but the last time they won: it was in the 2003-04 season. The champion’s squad was full of stars (Thierry Henry, Patrick Vieira, Robert Pires, Dennis Bergkamp, Fredrik Ljungberg, Ashley Cole, Sol Campbell) when Arsenal became the second team in

It has been clear for a while that Alexis Sanchez is intent on leaving Arsenal and the Chilean was coy when asked about his future on Friday as Chile prepare for the Confederations Cup final on Sunday. “Yes it is clear but I can’t tell you,” he explained. With Bayern Munich having rather publically pulled

The 3 Premier League Teams That Exceeded Their Expectations

As every team reflects upon the 2016/17 Premier League season, some teams will be feeling satisfied while others will feel the underachieved. Here, we take a look at the top 3 winners from the season.     Chelsea An obvious one here but nonetheless, big winners. Chelsea were almost seen as dark horses for the

Jermain Defoe: Why the veteran is a smart signing for Bournemouth

This summer’s transfer window early buzz has revolved around strikers, with Alvaro Morata and Antoine Griezmann linked to Manchester United, Romelu Lukaku honing-in on a return to Chelsea, and Diego Costa exiting the same. With the sponsor of Mansion Group, an online casino giant with a variety of online casino games, classic casino games etc

Tottenham: Why Spurs must sign another striker this summer

If Tottenham Hotspur’s 2016/17 campaign showed us anything it was that Mauricio Pochettino is an incredibly consistent manager and that the North London club lack the depth in key areas to sustain a title challenge right to the very last moments of a season. Spurs’ second place finish was an outstanding achievement yet it also

The Under-21 Euros: Which players look set for stardom?

This year’s European Under-21 Championship is held in Poland, where current champions Sweden tried attempting to fend off their competitors, hoping to retain their crown and win it for a second year running. However, the main favourites going into the competition were Spain, Germany and England, with England losing to Germany on penalties and Germany 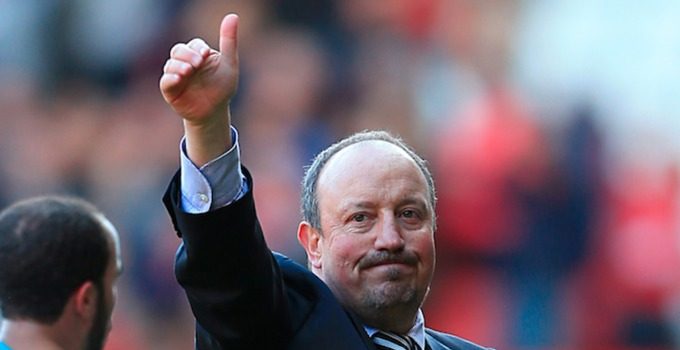 Graham Carr: Why the Newcastle scout’s exit is good for Rafa

It was announced last week that chief scout Graham Carr and Newcastle United had parted ways by mutual consent. Carr arrived at St James’ Park in 2010, following the recommendation of then-manager Chris Hughton who had previously worked with him at Tottenham Hotspur. Following the switch, Carr was responsible for scouting and offering advice on 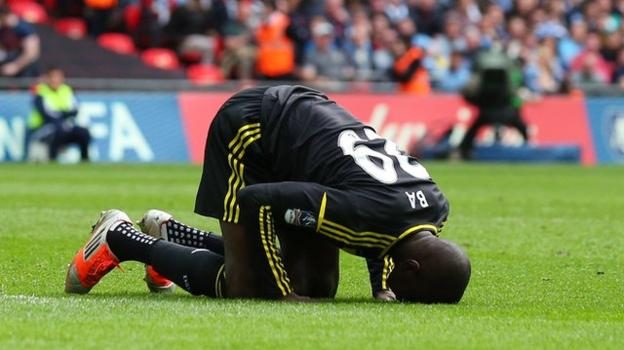 Football during Ramadan: A Blessing or Predicament?

The purpose of Ramadan, in which a month of fasting is observed by Muslims worldwide, is the improvement and strengthening of all Muslims’ powers of self control, so that bad habits and unjust desires can be resisted. By refraining from one’s urges to satisfy their appetite whilst fasting, the ability of self-restraint is exercised in

The Manchester Musings: Why United fans are divided over Matic

Manchester United have long required some improvements in midfield and whilst thought Paul Pogba was that guy, it appears United still need to dip into the transfer market for yet another addition to the middle. This time for more of a sitting midfielder, a player to loosen the defensive responsibility placed on Ander Herrera and

4 Reasons Why The Confederations Cup Is An Important Event

The 2017 Confederations Cup is nearly over and with all the incredulous transfer speculation, many people would be forgiven for tuning in late. How can this be? Well, it’s a small competition with only 8 international teams representing the 6 football confederations. The present 2017 competition from the start was set up as follows. Russia

The Madrid-Barca Axis: Why Real are willing to wait for Mbappe

When you are back-to-back European Champions it is very difficult to pick a point in your team which needs improvement and thus for the second consecutive summer Real Madrid are living through a rather uncharacteristically quiet transfer window. Whist he was recently elected unopposed to serve a fifth term, Florentino Perez is presiding over a