Geferson: From outcast to international in six months 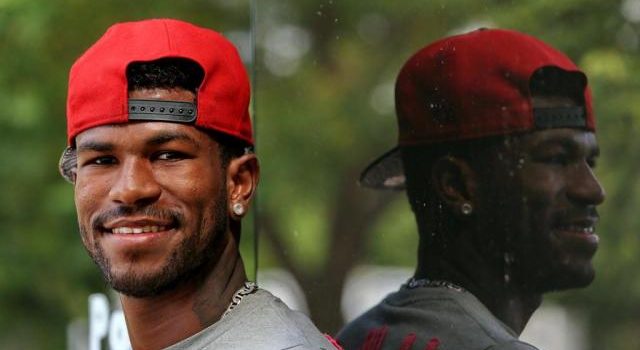 Geferson: From outcast to international in six months

What a difference six months make: as 2014 drew to a close Geferson cut a frustrated figure at Internacional. Yet to make a single first-team appearance and relegated to the Under-20 squad, the left-back was offered for sale by Colorado bosses, but no takers were found.

Now, just six months later, the 21-year-old is part of Dunga’s Seleçāo squad for the Copa America in Chile. Such has been the speed of Geferson’s rise that his presence in the Brazil squad comes before he has even had a chance to be linked by the media to a European move, a rarity in this day and age.

Geferson was raised in Bahia, where, according to his mother, he spent all his free time playing football on the beach. And it was on those golden sands that he was spotted by scouts from local side Vitória, at the age of just eight.

Clubs from Brazil’s poor northeast often struggle to keep hold of their young talents, and so it proved with Geferson, who was poached by Internacional after they spotted him starring in a Sāo Paulo youth tournament.

The loss of the 15-year-old so hurt Vitória staff that they even considered closing their youth system up to Under-15 level.

The youngster took the move away from home in his stride and impressed Inter coaches with his confident manner, progressing well through the youth system until he was promoted to the first-team squad at the beginning of 2014.

However, hampered by a succession of injuries he failed to make a single appearance and ended the year by being ignominiously demoted back to the Under-20s.

Were he a weaker character this might have meant the end of his Inter career, but, after a receiving succession of pep-talks from coaches, the youngster renewed his vigour in training and got his first-team chance after the club were forced to dispense of first-choice left-back Fabrício when he publicly rowed with fans.

The vacancy found Geferson ready and waiting, and he has made the position his own during his 16 appearances this season.

Geferson does not look like a player making his debut season in professional football, thus it is perhaps unsurprising that the aspect of his game to have most impressed his coaches, Dunga included, has been his coolness under pressure.

“He’s a cold-blooded player,” confirmed former Inter youth coach José Leāo. “He knows how to use the pressure of the game to his advantage. He made his debut in the Copa Libertadores away from home and looked like he’d always been there.”

This coolness facilitates a dead-ball specialism and translates into a composure on the ball that belies his youth. The Baiano is also possessed of skill, pace and pinpoint crossing ability, while he himself cites his marking and tackling as the best parts of his game.

All the attributes, then, to become a top-class full-back. But how does the youngster feel about joining up with the stars of the Seleçāo after such a short first-team career? “Man, (I’ve never met) any of them. It makes the butterflies in the stomach even worse.”