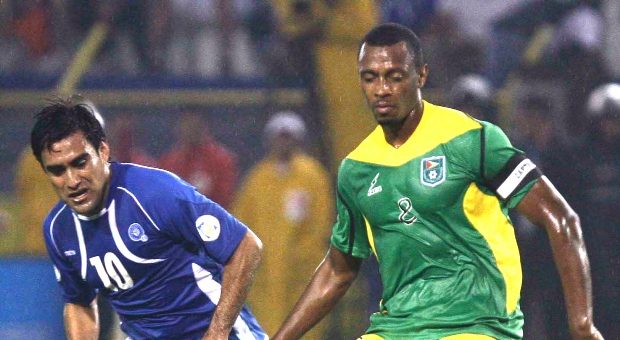 He may not get pulse rates racing, but Chris Nurse’s simple yet effective abilities have seen a rise in the standard of football being played in the Guyanese national football team.

The Hammersmith-born ball-playing, athletic midfielder represents Guyana due to his family heritage and has earned 13 caps. But perhaps Nurse’s proudest moment was in September 2011 a mere three years after his debut, when he was announced the side’s skipper for the 2014 World Cup qualifiers which are taking place at the moment.

Nurse’s robust style suits the national team perfectly. Fuelled on team spirit, high work rate and a physical approach which is brutal yet deceptively effective – the national side play to all his strengths. He frequently dictates the fortunes of the team both on and off the field as he leads by the highest professional example.

But while his international experience is rather limited, at club level it’s a completely different kettle of fish. Nurse has played for 12 clubs, over half in England’s lower divisions.

The 28-year-old is currently plying his trade with Puerto Rico Islanders – who he has endured two spells with - in the North American Soccer League.

Indeed, the Islanders’ are very much big in Puerto Rico, boasting a stadium capacity of 22,000 and regularly featuring in the CONCACAF Champions League.

But with Guyana and on the international scene is really where Nurse has made his mark. He’s still got plenty to offer to a team gradually growing in the Caribbean. As a captain, he carries a lot of weight and expectation on his shoulders.

The World Cup qualifiers have been tough for Guyana. They operate the last position in their group, although just on Friday evening they salvaged a credible point away at El Salvador – with Nurse playing a key role. But he and the national team still have a lot to learn, and he recently said in a statement that he believes they are progressing.

“We have come a long way as a footballing nation to be competing at this level and we are by no means out of our depth,” beamed Nurse. “For every experience the team is growing stronger.

And perhaps the above comments sum Christopher Nurse up as a footballer and a man. A genuine, honest yet ambitious character who is looking to propel Guyana to the next level.

Check out his wonderful site, The Home of Caribbean Football