Tips: Getting the best football shirts around 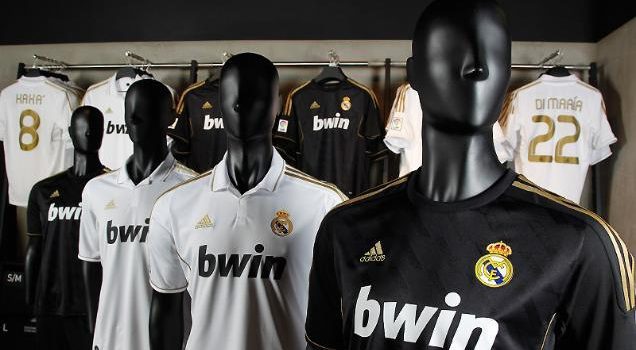 Tips: Getting the best football shirts around

These days there’s nothing quite like a genuine shirt - they’ve got a look and feel to them that’s only really possible with official merchandise, and owning the genuine article could be considered a mark of a real fan. They can be a bit pricey at times, though-this is pretty much true of all clubs who produce their own merchandise.

Still, you don’t want to get knocked-off or fake shirts; the quality tends to be quite a lot lower and they won’t be as valuable, either. The money won’t be going to the club, as well-it may well be going towards a counterfeiting gang or organisation with an illegal sweatshop abroad.

Recently, a businessman was arrested for making a massive £34,00 in 3 months, by selling fake shirts online via a website he set up-with the shirts costing him only a third of what he charged his customers. The shirts in question were cheap imports from Thailand, and the lack of quality was evident enough when trading standards received complaints about them.

In this case the shirts were obviously not particularly well-crafted fakes if a number of people noticed reasonably quickly, however there are skilled forgers and set-ups out there that are capable of creating believable fakes. The larger clubs with higher number of supporters tend to be those targeted-Manchester and Liverpool shirts in the example above, and Newcastle United shirts have been seized in the past.

So, how do you go about checking what you’ve got is the real deal? There are a number of checks you can perform. Firstly, cost-most genuine shirts tend to go for upwards of £30 each; if you come across any that are cheaper than this check out the company or individual in question to make sure they’re genuine and trustworthy.

The material of fakes is often not premium quality; if it feels rough, low-quality or generally cheap then it probably isn’t genuine. Colours may be dull or slightly mismatched or the wrong shade and the badges might not check out against those of a regular shirt. Stitching is a good one to check-the stitching on a proper shirt should be tidy, precise and complete with no gaps, whereas a mass-produced fake will in all probability have shoddy needlework.

There are a couple of other things you can check for-the hologram on the label(s) is particularly hard to fake well due to the complexity involved in creating one. Also, fake shirts are more likely to shrink in the wash.

In conclusion, whether you’re looking to get genuine gear or similar items, make sure that you get your shirts and other kit from a reputable source. You can buy Liverpool football kit from Sports and Design if you want to get your hands on good quality gear.