Euro 2016: 4 Teams That Could Go On To Win The Tournament

Euro 2016: 4 Teams That Could Go On To Win The Tournament

The countdown for the Euro 2016 has begun with teams having already submitted their final player-squad numbers for the month long tournament.

This year’s competition- which will be the tournament’s 15th edition- will be hosted in France. La Furia Roja, Spain’s national team, are the current holders and will be looking to defend the much coveted trophy from 10th June.

Here are four of the strongest teams, any of which could win the Euro 2016 trophy. 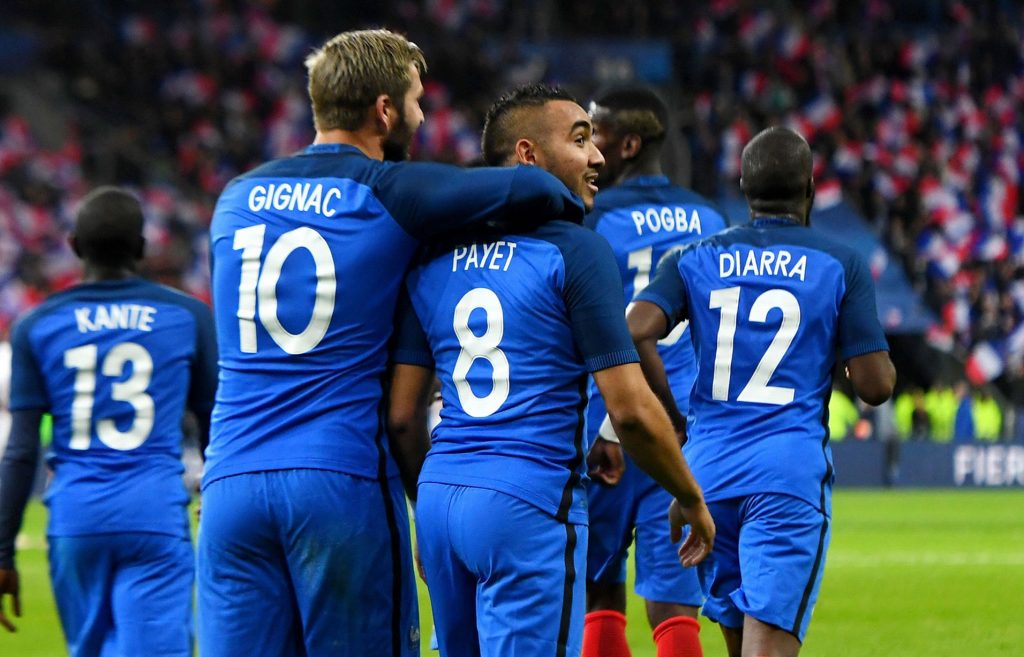 The last time France hosted a high profile competition, they decimated all their opponents eventually emerging winners without even breaking a sweat. But 1998 is a far cry away, and with a new generation of immensely talented players coupled with the indubitable support of the twelfth man, France can go into the Euros beaming with confidence.

Hugo Lloris will be looking to skipper Les Bleus between the sticks while the likes of Paul Pogba, N’Golo Kante will be architects of dictating the course of play; with the hope that Anthony Martial and Antoine Griezmann will finish the job.

Furthermore, it also helps that their manager Didier Deschamps is a previous winner of the competition in 2000, not to mention he also captained France to their 1998 World Cup victory. France are heavy favorites for the Euro crown.

If ever there was a team properly gelled, with players that are well versed then it is unquestionably the German national team. The Die Mannschaft are guaranteed semifinalists in every competition they’ve graced, and their victory at the 2014 FIFA World Cup was as forthcoming as it was deserved.

Germany will be looking to be the third team in history to clinch the World Cup and Euro all at the same time, following previous milestones by France and Spain.

If I knew better, I would say they are the newly crowned Euro champions.

The English Premier League may be the most watched league in the world, but the English national team has seen little success on the international stage in the modern game; much of which has been linked to their domestic club rivalries.

The Three Lions will quite deservedly have the most celebrated names in the game in Wayne Rooney, Gary Cahill, Harry Kane, Jamie Vardy etcetera.

Whether or not Roy Hodgson’s charges have gelled well shall be proven on the turf, but the fact still remains that England has a strong squad that can help deliver a major trophy for the first time in half a century.

It goes without say that the Spanish national team has been the most successful side in recent times. La Furia Roja won the 2010 World Cup and three consecutive European championships, the hallmark of their dominance in world football.

In as much as Spain have climbed the peaks over the years, they seem to be going on the other side of the hill as was eclipsed by their disastrous FIFA 2014 World Cup campaign.

Despite their virtual silence since, the Spanish national team boasts of some of the most technically gifted players in the world, and as such are massive favorites going into the tournament.