I apologize for not posting the roundup yesterday, I was busy again with my college work. Anyways moving on, there were some interesting and more worrying transfer news, gossip, stories, rumors and speculation surrounding the Gunners. Without further ado, here is the Arsenal Transfer News Roundup. 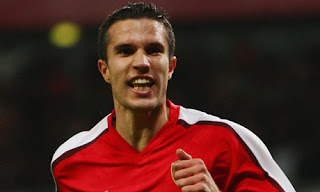 Worrying news filtering around, that is suggesting that Robin Van Persie is considering a transfer away from the Gunners. The news which was first reported by the Daily Star, also states that Van Persie “told friends of his worry on the future of the Gunners” and is considering handing in a transfer request. In my opinion, this story seems far-fetched and unlikely to happen. I believe that Van Persie will stay and won’t leave anytime soon.

Link to the article: http://www.dailystar.co.uk/football/view/198934/Robin-van-Persie-wants-out-of-Arsenal/ 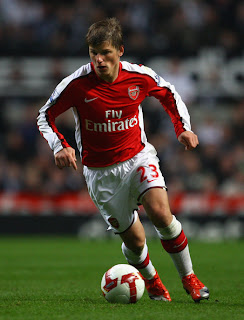 Interesting news filtering out, stating that Turkish giants, Galatasaray, have made a bid of around 13.5 million pounds for Russian international, Andriy Arshavin. In my opinion, this is a very tempting offer, especially as Arshavin’s contract runs out next summer. But, I’m probably the only one that thinks this… I don’t want to see Arshavin leave. Yes, he was inconsistent last season, but he’s still a quality player and still has more to offer.

Link to the article: http://www.thesun.co.uk/sol/homepage/sport/football/3672708/Galatasaray-table-Andre-Arshavin-swoop.html 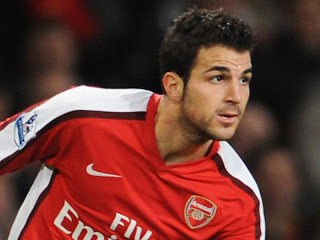 Fabregas…. Real Madrid and Barca battling out for his services

Many reports are stating that Real Madrid is willing to rival Barcelona for the signing of Cesc Fabregas. They’re also reportedly willing to pay 45 million pounds to sign him. Now that’s more like it, that’s approximately how much Fabregas is valued. We’ll see now, how desperate Barca are to signing him and whether or not, they’ll pay up. I really don’t want to see Fabregas leave, but if he does, the Gunners need to get the best offer possible. 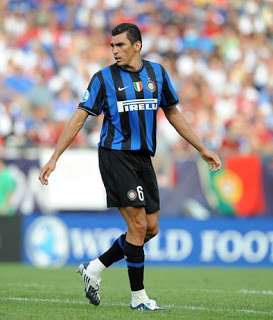 This news was actually initiated by the player’s agent, who had this to say:

“I was in London recently to meet with a few clubs, as I think it’s only right for a professional agent to widen his vision to different markets,”.
“There could be opportunities for Julio Sergio as well as Lucio. There could also be the option of doing nothing.
“I think for the moment Lucio is happy at Inter, but we will evaluate the situation in a little while. It’s premature to talk about that now.”
The report also states that Arsenal, Chelsea and Manchester United are all interested in signing him.
I have always been a big fan of Lucio, he’s one of the best defenders in the world. He’s experienced, tough, aggressive, good reader of the game, excellent in the air and technically excellent. He would be a great signing for the Gunners, if it were to happen.
Link to the article: http://www.totalfootballmadness.com/2011/07/03/lucio-linked-with-a-move-to-the-premier-league/
What do you think? Should Wenger consider selling Arshavin? What’s your opinion on the latest o Fabregas’s future? Do you think that the Gunners should go after Lucio?
Please share your thoughts and opinions.
Cheers and take care,
Omar
A site that displays various opinions, insights, reports, etc from a host of talented writers, covering various clubs and leagues.
previous article next article