Porto: The Dragons carry on as normal to survive through the lunacy 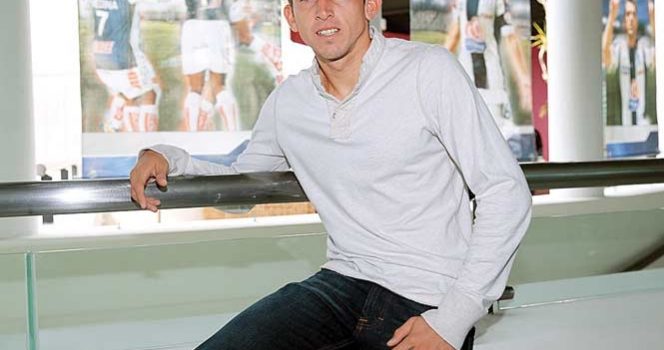 Porto: The Dragons carry on as normal to survive through the lunacy

This summer’s European transfer market has been littered with moves that have involved nauseating sums of money, further illustrating the gap between the haves and the have nots as UEFA tries in vain with their Financial Fair Play regulations to bind the richest clubs, failing to prevent the inflation of the transfer market from spiralling out of control.

It is Monaco who are the new rich kids on the block, flexing their oil-funded financial power with a €61 million double deal for Porto’s James Rodriguez and Joao Moutinho followed up by a £52 million deal for Radamel Falcao, the striker who built a fearsome reputation at Porto before heading to Atletico Madrid.

In the aftermath of losing their two most talented players there has been no similar spending spree from Porto despite the eye-watering fee they have received. In fact it has been business as usual, just like it was two seasons ago when Raul Meireles and Bruno Alves were both sold, or when Falcao departed a year later, or when Fredy Guarin and Alvaro Pereira were sold to Inter Milan last summer to form the prelude to Hulk’s big-money move to Zenit St Petersburg in January. A long chain of big players have gone, but the blows has been softened by extensive scouting and diligent use of the market to lay the foundations of success.

In contrast to the instability the succession of player sales has threatened, Porto have remained on a trail of modest success, winning the last 7 of the last 8 Portuguese league championships whilst also winning 3 Portuguese cups out of the last 5 years. They also won the 2011 UEFA Cup, seven years after the Jose Mourinho inspired Champions League win of 2004 achieved with a squad assembled on the modest of budgets.

The majority of Mourinho’s wonderfully successful squad were plucked from obscurity in lower league Portugal and were given the grandest stage on which to shine, for example Deco was found at Salgueiros and moved to Barcelona for €21 million after his five years at Porto. Ricardo Carvalho, Maniche, Paulo Ferreira and Nuno Valente all applied the logic of being signed cheap and sold on for profit with success ensured along the way.

The philosophy has not changed with the massive profit on Rodriguez this summer being made after his €5.1 million move from Club Atletico Banfield in 2010. The €3.93 million paid to River Plate for the services of Falcao back in 2009 is paltry compared to the sum recouped on him this summer whereas Hulk, a £48 million signing for Zenit, was signed for €5.9 million from C.A Rentistas back in 2008. Even Moutinho garnered a huge profit despite being established when joining Porto from Sporting Lisbon in 2010 for €11 million.

Following Falcao’s sale, the club turned to Jackson Martinez, a fellow Colombian playing for FC Chiapas in Mexico, to take the goalscoring burden having signed him for £7.7 million. He has been yet another extraordinary find with 34 goals in 39 games in his debut year in Portugal.

Silvestre Varela continues to play a significant support role in attack after arriving on a free from Portuguese second division side CF Estrela Amadora in 2009 whilst Brazilian centre-back Maicon has marshalled the defence supremely since his £2 million move from Cruziero in the same summer.

Combative midfielder Steven Defour was highly regarded across Europe, even receiving close overtures from Manchester United before Porto lured him from Standard Liege for as little as £5.2 million in 2011.

Lucho Gonzalez, sold to Marseille in 2009 for €18 million, arrived back to the Dragao in the January of 2012 on a free deal. He is now manager Paulo Fonseca’s captain and the current indictment of just how efficient Porto’s business can be.

With the money recouped from Moutinho and Rodriguez, Porto have headed to South America once again to sign Hector Herrera from Mexico’s CF Pachuca for £7.7 million, the box-to-box midfielder who will replace Moutinho. The 23 year old was named “Outstanding Player of the Tournament” in 2012’s Toulan Tournament and he also won gold with Mexico at last year’s Olympic Games in London.

Rodriguez’s attacking winger mantle will be assumed by Juan Quintero, the 20 year old Colombian who arrives from Pescara of Italy’s Serie B. Quintero is a left-footed, near-replica of the departing Rodriguez who combines high balance, agility and speed to draw comparisons to Lionel Messi.

He was voted MVP of the South American Youth Championships as Colombia triumphed earlier in the year and has been named by the Times as one of the most coveted talents in Europe. An extremely bright future awaits and his progress will be reaped by Porto, who paid a typically shrewd £4.4 million for his services.

Fonseca has also been busy bolstering his squad with the bargain basement signings of goalkeeper Sinan Bolat from Standard Liege on a free, whilst attacking trio Nabil Ghilas, Carlos Eduardo and Ricardo Pereira have arrived for a total of just over £3 million.

Diego Reyes, an intelligent centre-half, comfortable in possession with 7 caps for Mexico by the age of 20, will add solidity and cover to the back for a fee of £6.1 million. Even with huge amounts of money available to him, Fonseca has not abandoned the austere philosophy that has served Porto so well over the past decade.

With even French football tapping into the madness of over-inflated transfers and incomprehensible fees, Portuguese football refuses to join in, instead continuing with what its clubs know best; meticulous scouting and an enthusiasm for unearthing the most promising of gems from South America and beyond.

Porto have shown they are the trailblazers and will go on the hunt for a fourth successive Liga Sagres as well as another probable journey to the knockout stages of the Champions League. All by showing you don’t need megalomaniac owners armed with buckets of money to do it.