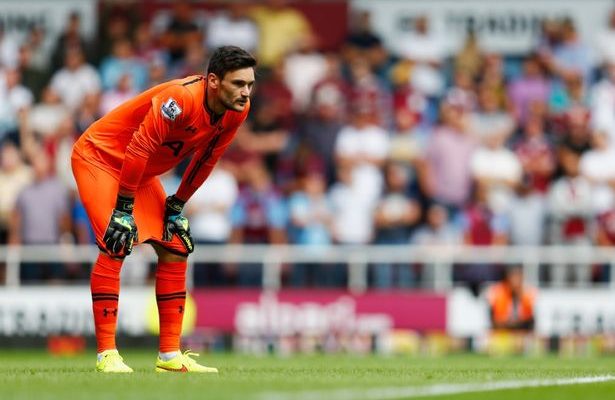 Hugo Lloris has a reputation as an elite goalkeeper. The Tottenham Hotspur skipper ranks among the very best in the business. However, his legacy is gradually being tainted by the tendency to commit silly mistakes.

When Spurs visited Liverpool in the Premier League on Sunday, they were expected, to at least return with a share of the spoils. Although the Reds were on a different level, absolutely ruthless in attack and impenetrable at the back, the visitors were quite unpredictable.

Tottenham came into the tie with a point to prove; on the back of three defeats in previous four outings. While Burnley, Chelsea and Southampton took all three points, they managed a draw at home against Arsenal. That made 11 dropped points from the last 12. A win was needed to maintain a somewhat comfortable position within the top four.

It first seemed Jurgen Klopp’s side were about to hand the initiative to Manchester City after Lucas Moura cancelled out Roberto Firmino’s first-half header, leaving the Reds level on 77 points but significantly behind on goal difference.

Until Lloris took over the show. A high lofted ball was floated towards Mohamed Salah at the back post, the Spurs skipper failed to claim, before palming the resulting shot straight into a packed box. It unfortunately bounced off Toby Alderweireld’s shin and rebounded into the net

Lloris has been full of mistakes this season, and you never know when the next one is about to rear its ugly head. He looked uncomfortable under pressure from Liverpool shots or set pieces, and that showed in the dying minutes.

His clangers is an often sight. He was culpable for Barcelona’s opening goal in the 4-2 defeat at Wembley, which saw Spurs fall behind with barely a minute on the clock. The France captain was also embarrassed in the summer’s World Cup final by Croatia’s Mario Mandzukic.

His recent blunder is fourth in a big game in the past four months. According to the Premier League, errors from Lloris have resulted in 16 top-flight goals since he arrived at Spurs in 2012. That places him joint-ninth in a table of the most errors leading to goals made by goalkeepers in Premier League history. Only Jordan Pickford (9) has made more errors leading to goals since 2016/17 than Hugo Lloris (8).

Although still an infant in Heurelho Gomes’ school of shame, however, it has become a great cause for concern. The custodian’s inability to sweep up behind the defence is an issue. Lloris does not read the situation to intercept those balls that go in behind the back line and lacks the pace to come out to deal with them.

Lloris hasn’t suddenly turned in to a bad goalie overnight. He is just a very good one making grave decisions. It is now for Mauricio Pochettino to decide whether the pitch can be Lloris’s refuge, or whether it is best to take him off it for the team’s and his own benefit.

Related ItemsPremier League
← Previous Story Why Football is NOT popular in America
Next Story → Non-League Notes: Leyton Orient looking on course for a memorable double