Tottenham on the prowl for more Champions League football 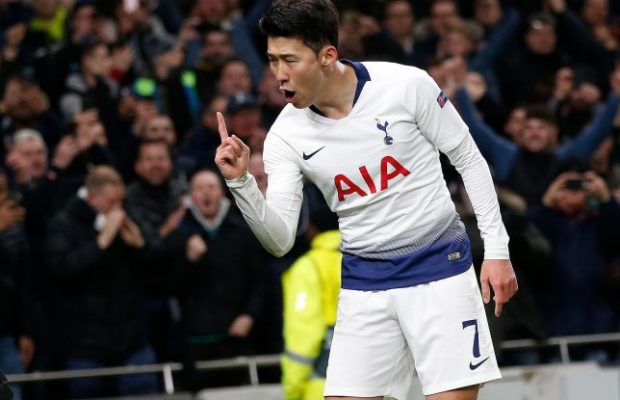 With the Premier League season reaching its climax, the race for Champions League qualification is far from clear cut and with only a maximum of six games left time is running out.

Now firmly entrenched back home in their state of the art stadium, Tottenham have their fate very much in their own hands, currently in third place but a long way off challenging for the title. There is no room for manoeuvre however as Manchester Utd, Chelsea and Arsenal are waiting for the tiniest of slip ups.

After a spell of five games without a win, Spurs appear to have overcome the blip which has coincided with the move into the Tottenham Hotspur Stadium and with three of their final five games at home you wouldn’t bet against all nine points going in favour of the home side.

What might go against them is the loss of striker Harry Kane, who appears to be out for the season, coupled with the current uncertainty of when exactly Dele Ali will return to action, injured in the same match as Kane. Whilst Ali is not expected to miss too many matches, losing both players at the same time does reduce Tottenham’s goalscoring prowess despite Ali not hitting the target as regularly as last season, there is always a crucial goal waiting in his locker.

However, in both players absence, Heung-Ming Son and Lucas Moura have stepped up and won games for Spurs against opposition at different ends of the table making light work of the double absence. Both these players are into double figures for goals this season and can bear the brunt of Spurs attacking force to see out the remainder of the campaign. Fernando Llorente was also unlucky not to hit the target at the weekend and whilst not as prolific as Kane, the Spaniard’s guile and touch does bring his team-mates into play.

Not only are Spurs making light work of things in front of goal, they’re keeping clean sheets as well which will always give them the edge to winning games. Every side undergoes at least one blip in a season and if Tottenham have had theirs then a place in the top four should be nothing more than a formality.

After Spurs edged out Manchester City in a Champions League clinic at the Etihad, the remainder of their opponents are in the bottom half of the table which on paper gives them a significant advantage, compared to say Manchester United who face City and Chelsea in consecutive games.

Mauricio Pochettino knows full well his team selection has to be spot on in all of the five games to maximise each opportunity and so far this month it’s been exactly right to keep Spurs in the hunt, their stadium is expecting Champions League football next season now it’s down to Pochettino and Spurs to deliver.

Related Itemschampions leaguetottenham
← Previous Story FC Barcelona vs Manchester United: Match Preview
Next Story → Why AS Roma has taken a stand against the “Drake Curse”