Home / Teams / Spain / Barcelona / Neymar: Why the ex-Barca star must stay away from Real Madrid

Neymar: Why the ex-Barca star must stay away from Real Madrid 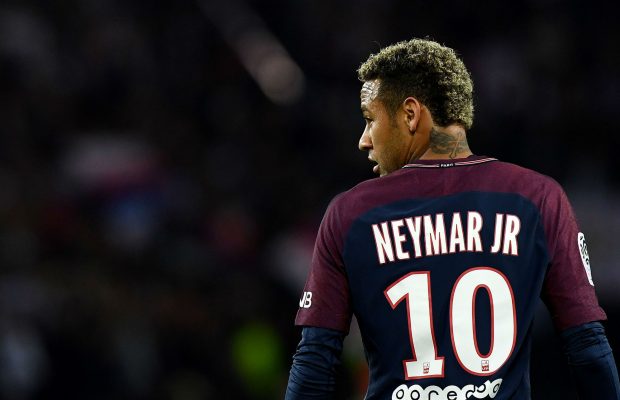 It can be safely said that Neymar’s £200m world-record transfer move to PSG has not come without its moments of controversy.

On-field disagreements with Edinson Cavani regarding set-piece issues in the 2-0 win against Lyon would have been something that the Brazilian would have liked to avoid, in order to prevent any negativity surrounding his move to Paris.

The fact that the disagreements happened for everyone to see would have potentially caused unrest in the dressing room, hampering Neymar’s transition to a new club in a new country.

Nevertheless, Neymar’s performances on the field have not been affected whatsoever. PSG remain unbeaten other than their loss to Strasbourg and the Brazilian has played a huge part in this.

Neymar has played in 13 games, with 11 goals and 8 assists. The 25-year-old’s stats at the end of the season will be fantastic if the Brazilian keeps up this form.

However, the Brazil superstar has only been with the Parisians for a handful of months and there has already been speculation about Neymar returning to Spain, not to re-join the Catalans, but following in the footsteps of Brazil legend Ronaldo in joining bitter rivals Real Madrid, who PSG face in the last 16 knockout round in the Champions League, one of the most difficult ties possible.

Madrid are interested in Neymar due to their inconsistency this season with Cristiano Ronaldo and Karim Benzema misfiring.

With the forward’s move to PSG, Neymar finally escaped from Lionel Messi’s shadow and has a clear path in establishing his own legacy in Paris, and a move to join Barca’s bitter rivals would only cause more controversy, which is surely something that the Brazilian would like to avoid.

Real Madrid president Florentino Perez has claimed that following a move to Madrid, Neymar’s chances of winning the Ballon d’Or would be increased. This isn’t necessarily true.

The best thing about Neymar departing Barca for the Parisians was that Neymar was now regarded as the best player in his team and a side capable of dominating France and Europe could be built around him. This was the perfect move for Neymar in his quest to win multiple awards, both personally and with his team. This wouldn’t be the case at Madrid.

Alongside Kylian Mbappe and Cavani, Neymar is now part of one of the most deadly attacks in world football, and with PSG’s financial prowess, they can only continue to build a team around the Brazilian that can do great things for French football and take it to the forefront at a time when Ligue 1 is not at the heights of other major European leagues.

If PSG overcome Madrid in the first knockout round and end up winning the Champions League, Neymar will be in a perfect position to win the Ballon d’Or next year, and then further excel for the Parisians in following seasons and truly cement his name in the history books as a PSG legend.

Related Itemsla ligaliga bbvaligue 1neymaro-postspsgreal madrid
← Previous Story Why Napoli are enduring a barren spell in front of goal
Next Story → Forget the price-tag, Lukaku and Morata should be dropped