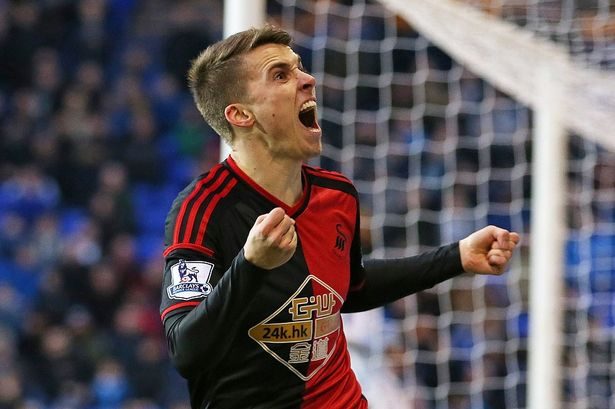 In another swoop for Swansea City, Tom Carroll has officially joined the Swans from Tottenham Hotspur.

The 24 year old midfielder signed on a three-and-half-year deal with the struggling Premier League side.

As reported by Firstpost:

England Under-21 midfielder Carroll made 18 appearances during a loan spell with Swansea two seasons ago but has featured just once for north London side Spurs this term.

Swansea are currently bottom of the table, behind Sunderland on goal difference.

But new coach Paul Clement is doing his best to freshen up the squad during the January transfer window, having already signed PSV Eindhoven winger Luciano Narsingh since arriving at the Liberty Stadium a fortnight ago.

“It definitely helps knowing quite a few of the lads from my loan spell, while I know (assistant coach) Nigel Gibbs and (head of physical performance) Karl Halabi too,” Carroll told Swanseaâ€™s website.”