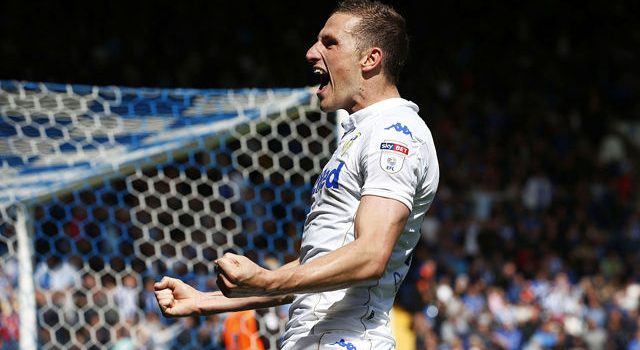 According to reports, Leeds United star Chris Wood is a wanted man at West Ham and Sunderland.

The 25 year old forward is reportedly valued at £15 million.

“West Ham United and Sunderland are interested in Leeds United striker Chris Wood, but have been put off by the Championship club’s valuation of the New Zealand international, sources close to the player have told ESPN FC.

Leeds are determined to keep Wood as they look to maintain their bid for promotion and they have warned clubs off the former Leicester player by valuing him at £15 million.

Wood has been in outstanding form for Leeds this season, scoring 17 goals in 29 games in all competitions to spearhead Leeds’ bid for promotion back to the Premier League.”