Premier League Betting Tips: The Teams Likeliest To Face The Drop This Season 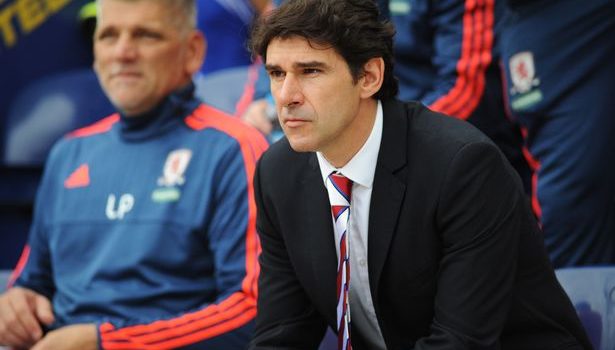 Premier League Betting Tips: The Teams Likeliest To Face The Drop This Season

The 2016-17 Premier League season may only be nine games young, but Sunderland already looked destined to be heading for The Championship.

Sunderland manager David Moyes has an epic battle on his hands to keep the Black Cats up — he has a big job keeping his job — and so far the fight for survival isn’t going to plan with the Northeast team winless from their opening nine fixtures.

Sunderland have a Jermain Defoe, who in his day was a top striker. He’s still a proven goal score and has has four goals in nine league games.

Defoe, however, has no backup whatsoever. Sunderland, devoid of Defoe, are toothless in attack.

Then there is the awful defense that has conceded 16 goals in the league so far. Not scoring enough goals coupled with a defence full of holes equals almost certain relegation.

Newly promoted Hull City are bookmakers’ second favourites to be relegated with odds of -225.

Hull started the campaign brightly, beating champions Leicester City at home, which was followed by an away win at Swansea City.

Hull then narrowly lost at home to Manchester United and subsequently picked up a point away at Burnley.

That point from the Burnley draw was Hull’s last point in the league.

A 4-1 home defeat to Arsenal, a 5-1 away loss at Liverpool and a 6-1 drubbing away to Bournemouth in their last three show the extent of how dire things are.

Hull have a few easier games between now and mid-December, offering the struggling team a perfect opportunity to get some points on the board, so if you think they will be relegated (they will be) now is the time to bet on it.

Burnley are bookies’ third-favourites to be relegated with odds of -190, but I the Lancashire outfit should have enough to stay in the Premier League.

True, scoring goals remains a problem for Burnley, as it did during their previous Premier League endeavours, but manager Sean Dyche has his team well organised.

So, that leaves room for one more team to make the drop. That team is Swansea.

Swansea City, +165 fourth favourites to be relegated, look extremely poor so far this term, as evinced by their current position of second from bottom.

Like Sunderland, Swansea’s squad lacks both quality and goals, while their defence has more holes in it than a low budget horror film’s script.

Those facts, coupled with Bob Bradley taking over as manager -Bradley is vastly experienced in international football but not league football — all point to the Welsh outfit either going down or being very close to doing so come May.

Another team looking to be heading for the wrong end of the table are Middlesbrough.

Their big summer signing Alvaro Negredo has only managed one goal in nine appearances and really needs to find his scoring boots soon.

Defensively, Middlesbrough are quite solid having only let 11 goals in during nine games, and that could be their saving grace. If you think otherwise, odds of +250 are available on MIddlesbrough being relegated.

Sunderland will be relegated, probably finishing bottom of the league (odds of +175), followed by Hull City and probably Swansea City.

Who do you think are set for the drop?