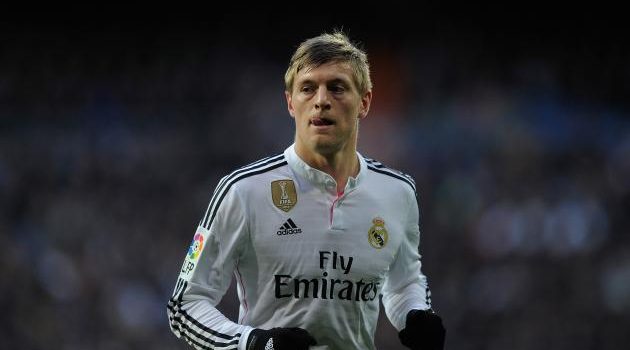 Manchester United have revived interest in German star Toni Kroos, according to The Independent.

Famously, Kroos was just a signature away from joining Red Devils in the summer of 2014 – David Moyes, then United boss, had agreed personal terms with the World Cup winner, but he soon opted for Real Madrid instead.

Now, Jose Mourinho will hope he fares a better chance in signing Toni Kroos: Paul Scholes told the press that Kroos would be a perfect partnership for Ander Herrera and Paul Pogba, and it seems like Mourinho agrees.

The Manchester United hierarchy view Kroos as the perfect replacement for Michael Carrick, who despite his pivotal role in United success, is on the wrong side of 30 and requires replacing.

However, the Independent believe Real Madrid would be unwilling to sanction a sale.

The relationship between the clubs completely broke down two summers ago, when David De Gea’s move to Madrid disintegrated because of a lack of communication.