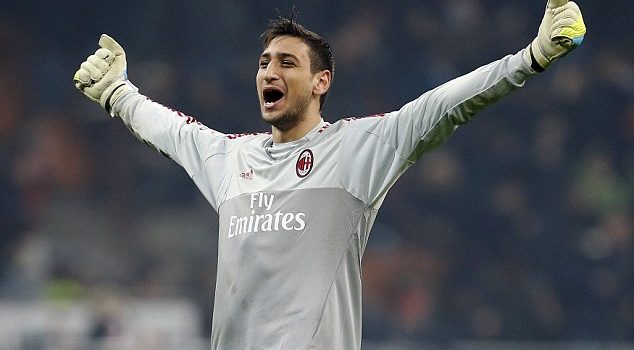 According to reports, Gianluigi Donnarumma is on Manchester United’s radar.

AC Milan’s young star goalkeeper has impressed since making his debut for the Rossoneri and is rumored to be on the shortlist of several elite sides, including Real Madrid and Juventus.

As reported by TeamTalk:

A long-time target of Juventus, the goalkeeper turns 18 on February 25th, allowing him to sign a long-term deal.

Meanwhile, it is claimed that Manchester United are also in for Donnarumma, who made his Serie A debut last season aged just 16, quickly replacing Diego Lopez.

Ironically, the Red Devils would move for Donnarumma in the case that Real Madrid came knocking for David De Gea.”