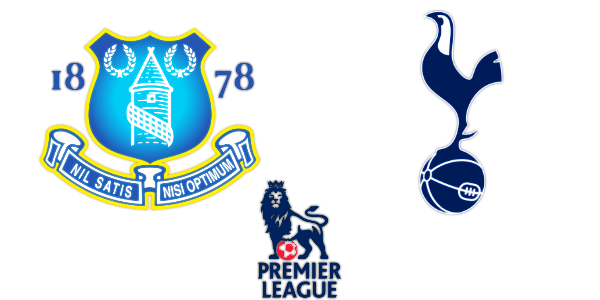 The battle for 4th place in the Premier League continues this weekend with a crucial clash on Merseyside between Everton and Tottenham Hotspur. The race for Champions League qualification is as wide open as it’s ever been with just five points separating Chelsea in 3rd place to Arsenal in 10th.

Sunday’s game at Goodison Park sees 6th play 4th, as Everton look to reclaim their place in the top four after drawing 7 of their last 9 games. The plus side for David Moyes’ men is they’ve only lost twice all season, a record that’s second only to Manchester City.

Andre Villas-Boas was under serious pressure at White Hart Lane after the 5-2 hammering Arsenal gave them in the North London Derby a few weeks ago, but three successive victories seems to have rejuvenated Spurs’ season.

Inspired by the form and goals of Gareth Bale and Jermaine Defoe, Spurs will go into Sunday’s match confident of getting a result at Goodison, a ground where they’ve been beaten in the previous two Premiership campaigns.

These are two very evenly matched opponents; Everton remain undefeated at home but have drawn 4 of the 7 games whilst Spurs have won 4 and lost 3 of their away games this season, and have yet to draw a match on their travels.

A draw represents the best value for this game at 3.5 euro odds – 5/2 normal odds, and Everton have been draw specialists of late with three consecutive 1-1 results in the Premier League in November. Spurs will pick up a point on the road at some stage of the season, and I can see their first away draw coming this Sunday afternoon.

Both clubs rely on certain key players – the star performers for Everton are Fellaini, Baines and Osman, while Spurs’ heroes this term have been Bale, Vertonghen and Dembele. The parallels between the similar strengths of both teams are reflected in the fact that all six players play in almost like for like positions on the pitch – an attacking midfielder, an attacking left-back and a central midfielder/creative playmaker.

Bale’s absence through injury could just be the deciding factor in this probably very entertaining game ending in a draw.

If you like this football betting article please visit our football tipster site below for more betting advice: