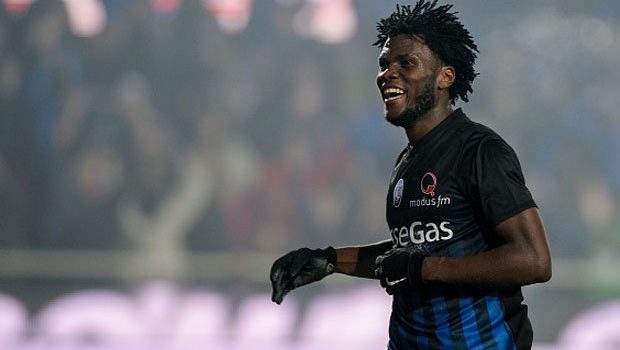 According to France Football, Chelsea have tabled a bid worth €25 million for Atalanta’s rising star Franck Kessie.

As reported by Calciomercato:

“It looks like Chelsea are serious about Franck Kessie.

Yesterday’s edition of France Football reveals that the Ivorian star, who has scored six goals for Atalanta this season in Serie A action, is the subject of a €25m bid from the Pensioners.

Conte has always been a keen admirer of Serie A talents, and has also been linked with the likes of Marcos Alonso, Radja Nainggolan and Federico Bernardeschi.

The French magazine had previously revealed that Jose Mourinho of Manchester United had rung Kessie’ in early November.

The 19-year-old returned to Atalanta on loan from Cesena last season to become the youngest player in the Top 5 European league to net six league goals.”