Feature: My Top 3 Greatest Players Of All Time 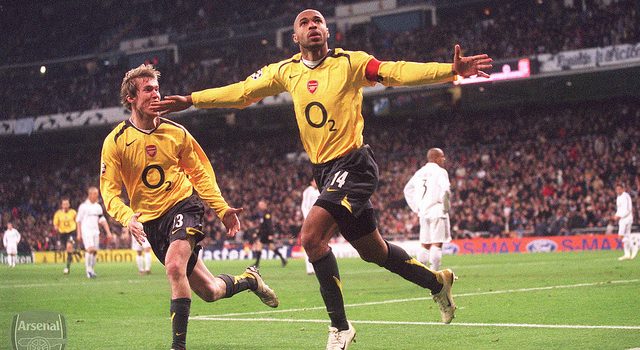 Feature: My Top 3 Greatest Players Of All Time

As an Arsenal fan, times haven’t been that great for me recently, which is why I’ve decided to avoid the drama of warring opinions to instead focus on other matters. Like who the greatest player ever is. I couldn’t really decide so I’ve gone ahead and picked my top 3. Enjoy.

Recently, Lionel Messi went on to break a 40-year record for goals scored in a calendar year, beating Gerd Müller’s previous record of 85 (though some have contested the validity of this record, claiming that other players have scored more, and that Lionel Messi hasn’t broken it at all).

As there is no concrete evidence to support these claims (not yet anyway), people continue to praise Lionel for breaking the record. This, inevitably, has led to a barrage of media men, social media users and general internet people, labelling the Argentinian star as the ‘greatest ever’.

What irks me is the fact that people use his record as an example of why he’s the greatest ever. Personally, I’m of the opinion that facts do not make footballers the greatest, rather opinions do, as do personal preferences on what you want from footballers as a spectacle; be it entertainment, fulfillment or a sense of amazement and disbelief that a player can be so good.

For me, I look for entertainment; a professional who has mastered their craft. A one-touch reverse pass timed perfectly to deceive the opposition defence is just as enjoyable as a dazzling 40-yard run, weaving in and out of the defence, finishing it off with a smart finish.

In a way, we all look for a combination of the 3, and maybe more aspects too, but it’s ultimately based on what you perceive to be magical. Which is why opinions form a list of the greatest ever footballers, as opposed to facts. And it’s also why many people can never agree, or name different footballers in each discussion they have.

Anyway, now I’ve explained how I believe the greatest ever is determined, allow me to move on to the reason I’ve written this in the first place: to share my top 3, in no particular order, greatest footballers to ever play the beautiful game, starting with a troubled, yet angelic Brazilian; the Alegria do Povo - Mané Garrincha.

Many will look back at the great Brazil World Cup teams of the past and remember the likes of Pelé, Zico or Socrates to name a few. But one man who sticks out for me, is Garrincha. Perhaps the most naturally gifted Brazilian of all time, he was a marvel on the pitch; the king of dribbling, some would say.

It was his carefree attitude, his innocent style and his pure love for football and entertainment that endeared him to the Brazilian public. It was the 1962 World Cup where people really saw just how vital Garrincha was, and how, just maybe, Pelé wasn’t their star man after all.

The latter succumbed to injury and missed most of the tournament, and it was there where Garrincha shone. He went on to become WC ’62 top goalscorer (along with fellow Brazilian Vavá and others) while also being voted as player of the tournament.

People knew of his talent beforehand but he’d used to play with Pelé, who, at the time, was probably the greatest striker in the world. But when Brazil played without the help of their superstar striker, Garrincha stood up to be counted and allowed the world the joy of witnessing the most incredible footballer there ever was.

Garrincha had a troubled life. He was born with birth defects (one leg shorter than the other), suffered with alcoholism, like his father, and shall we say, ‘enjoyed the company of females’. Despite his troubles, he was a likable fellow, an approachable superstar, and a man whom many fell in love with.

There’s a story that a dog which ran on to the pitch during the ’62 World Cup game between Brazil and England, after being caught by Jimmy Greaves, urinated on Greaves’ shirt. Garrincha found this so amusing that he later kept the dog as a pet (though it was later revealed that the dog was raffled off, Garrincha won, and named the dog “Bi”).

He’s a true great, arguably the best Brazilian to ever play, maybe even the best dribbler of all time. He deserves recognition of the Messi, Pelé, Maradona, Zidane level, but so rarely gets it. Mané Garrincha, the Angel with Bent Legs, one of the greatest ever. The Joy of the People.

From a Brazilian to a Frenchman - Thierry Henry.

Who else could it be? I grew up watching this guy, and I even attempted to copy his style of play. I’d drift out to the left to receive the ball, sprint past an opponent then completely muck up the finish. Naturally.

There’s not much to say about Thierry other than he was a fantastic footballer, a true competitor with a passion for winning and an absolute hero. How many footballers have played in a stadium with a statue of themselves situated outside?

He signed for Arsenal in 1999 and, to this date, is Arsene Wenger’s greatest signing. Pace, power, intelligence, skill, accuracy, charisma - you name it. Titi had many qualities and would wreak havoc on defences all around Europe. He will probably always be my favourite ever Arsenal player. What separates him from other strikers is he had grace. He was an all-round footballer. Assists and goals - he’d contribute them both.

With 228 goals in his Arsenal career, including during a second stint last season, it’s hard to pick his best one. But for me, the greatest and most memorable is that goal at the Bernabéu, in a 1-0 Arsenal win. Taking on 4 Madrid players successfully, before slotting the ball home past Casillas with his left foot, will happily remain a memory for life, and will be cherished.

Heroes come and go. Some stay forever. Others go, then come back, then go again, then (hopefully) come back again. The King returned before and shall return again, I’m sure. It still shocks me that he never won the FIFA World Player of the Year Award. And remember, “Sometimes in football you have to score goals.”

So, who else could make this list? There’s only one other option really. Another Brazilian: Ronaldinho.

Not many footballers have the grace, the unpredictable nature and innocence of this man. He’s the perfect example of a sportsman; always smiling. Such a joy to watch. Capabale of embarrassing any defender, scoring goals of all sorts, mesmerising fans all over. What a player. Even the Real Madrid fans appreciated the man, giving him a standing ovation in a match between the 2 rival clubs in 2005.

It was 2002 when I first saw him play. It was against England, where he lobbed David Seaman with that free-kick, then set up Rivaldo to score after a fantastic run. I loved watching him play ever since that day and he’s one of the main reasons I fell in love with the Brazilian way of playing ‘futebol’ and still watch the national team to this day.

The two-time World Player of the Year Award winner would so often produce wonderful moments on the ball, with his uninhibited, flamboyant style of play. From a seemingly dead end, surrounded by defenders, he manages to create something special. His goal at Stamford Bridge being a prime example.

He may not be at the same level nowadays, but as the old saying goes: class is permanent. He still has magic feet, great craft and the ability to create goalscoring opportunities for his team-mates. I don’t think we will ever see a player like him. He’s unique, special, an unrivalled footballing heavyweight. He is Ronaldinho.

There’s been so many wonderful footballers for us to marvel at over the years. We’ve been witnesses of joy and true professionals at the top of their game. There will be many, many more footballers in years to come that, maybe when we’re all old, grey grandparents, we can tell our grand-kids all about them - the same way our parents, and grandparents, share their memories with us. I see it as our duty to pass on the viewing pleasure of such players to our future families.

For all the criticism it receives, football is such a wonderful sport, isn’t it? I really hope you enjoyed reading and would appreciate any comments, giving your favourite ever player.

Thank you for reading.