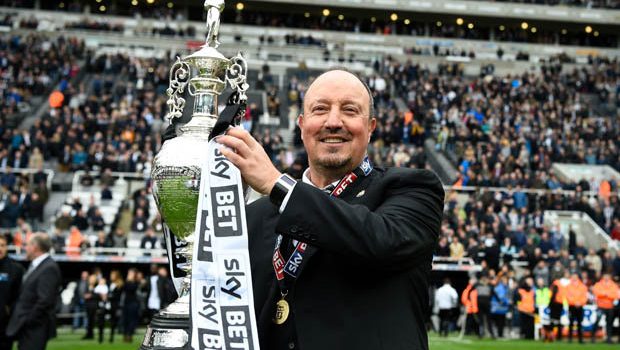 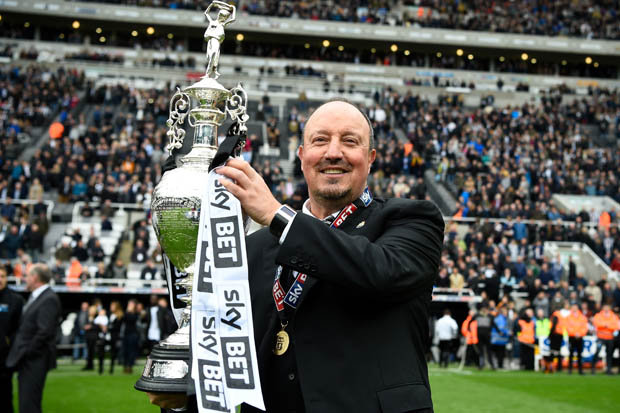 When the final whistle was blown in the 5-1 victory over Tottenham Hotspur on the concluding day of the 2015/16 season, Newcastle United supporters wondered if this would be the last occasion they would see Rafael Benitez in the home dugout at St James’ Park.

With relegation already confirmed, a sense of optimism was felt among supporters, which was unusual for a club heading to the second tier of English football.

This hope was for ‘Rafa the Gaffa’ to remain with United and to be given the opportunity to revolutionise the club, take them back to the Premier League as well as  bringing the identity back to Newcastle United; a feature which fans believed to have been missing for many years.

An opportunity was present, and associates of Newcastle United believed that this feat could only be achieved under the hands of Rafa Benitez.

Supporters had done all that was under their power – the Spaniard’s name echoed across the terraces of St James Park for the full 90 minutes; the ultimate decision was in Benitez’s court.

On the 25th May 2016, the Newcastle supporters’ persistence and determination was rewarded with Benitez confirming he would remain with United, signing a new contract in the process. He was set to take control of the Magpies in the Championship, which was set to be another bumpy ride on the Toon rollercoaster.

United purchased well in the summer, adding Premier League players who could handle the physical and gritty nature of the Championship, such as Dwight Gayle, Matt Ritchie and Ciaran Clark, as well as the likes of Mohamed Diame, Grant Hanley and Daryl Murphy who all had Championship experience and could help the Magpies escape at the first time of asking.

Such signings, combined with the departures of high profile players including Georginio Wijnaldum and Moussa Sissoko, ensured that the books were balanced and that United would be well equipped and ready for the demanding temperament being the Championship.

Defeats a blessing in disguise

After defeats in their opening two games against Fulham and Huddersfield Town respectively, Newcastle had been presented with the welcoming and unpredictability of the Championship.

The defeats however, may have been a blessing in disguise, with the Magpies then finding their feet in the league. They pushed forward to win their next five league games, as well as remain unbeaten in ten straight league games (winning nine of those including a dramatic last-gasp 4-3 victory at home to Norwich), sandwiched between a 2-0 loss to Wolverhampton Wanderers in September.

Although Newcastle suffered a number of setbacks, including defeats to Nottingham Forest, Sheffield Wednesday and Blackburn Rovers in December and January respectively, they then became somewhat of a force in the Championship, boasting a 12 game run without defeat, stretching from mid-January to mid-March.

United found Brighton and Hove Albion to be their main rivals for the title, with both clubs swapping each other at the top of the table countless times throughout the season.

The Magpies, however, clipped the Seagulls’ wings with a late 2-1 victory at the Amex in February, which many believed would be the title decider. Following this result, and the 3-1 win over third placed Huddersfield Town in the following game, Newcastle found themselves five points clear at the Championship summit.

April – a month which Rafa Benitez highlighted at the start of the season as being crucial – provided tense moments for United supporters. The ‘mini-league’ which Benitez described the remaining games as, began well for his team, picking up six points in their first two matches in April.

However, a run of three matches without a victory, coupled with Brighton winning five straight games handed the Seagulls the advantage in the title race. They held a seven point advantage over Newcastle, with promotion already confirmed.

Although frustrating to the Toon faithful, Benitez was unfazed and remained assertive that Newcastle do their own job and focus on themselves.

Focus they did, and the day the Geordies were waiting for finally arrived on April 24th, with a 4-1 victory against Preston North End, guaranteeing promotion back to the Premier League and causing euphoria in the stands at St James’ Park.

As many believed that Newcastle would run away with the league, Rafa Benitez was more realistic and stated that promotion was always the priority; regardless of how.

That being said, it was almost certain that Brighton would lift the Championship trophy, however, this was not to be as the title race went to the last day of the season after Brighton failed to register three points in both of their matches since they sealed promotion.

Newcastle faced Barnsley at home, while Brighton had a trip to Aston Villa, with the title in their own hands while Newcastle needed to better Brighton’s result in order to be crowned champions.

With United playing their part and leading 2-0, the news began to filter through that Albion had taken the lead. This flattened the atmosphere somewhat; although not for long. Seconds after Dwight Gayle finished for 3-0, St James’ Park produced its loudest roar of the afternoon after fans were notified that Aston Villa had equalised in the dying seconds against Brighton.

Jubilant scenes were produced after Newcastle players, staff and fans heard that the full time whistle had blown at Villa Park – not only had United achieved their objectives, this was added to by the bonus of the Championship title.

Many had predicted the Magpies to claim the title, although not in the circumstances in which they did; the Toon faithful will not care one bit however, as the emotions of the season, with its intense competition causing the fans to cherish the league victory in an even sweeter manner.

Far from a walk in the park

The Championship was far from a walk in the park, with the opposition frequently setting out to frustrate and defend deep, as well as the shoddy standard of refereeing, giving the Geordies relief to see the back of that league.

Simply observing the season that Newcastle had can serve to be a lesson to the newly relegated teams from the Premier League that more than just talent is needed to challenge at the right end of the table — teams must also be active in the transfer market; as United have shown.

Although the Championship trophy is not one of the most prestigious in Rafa Benitez’s cabinet, it is one of his most difficult to win. After a successful season, Benitez has shown he is capable of managing successfully in an array of leagues across the globe, even at different levels.

Benitez coped well with the breathless, two-game-a-week league and also displayed tactical masterstrokes across the season, most notably the 3-1 victory at Huddersfield Town.

With the Premier League looming, Rafa Benitez’s hard work throughout and prior to the season as well as his decision not to go on holiday and focus on football matters instead has been justified.

His questionable signings, calm approach and trust in his players has led Newcastle back to the luxury of the Premier League, while his reputation of winning trophies and managing top clubs can result in attracting quality players to Tyneside.

The future of Newcastle United may be black and white after all.