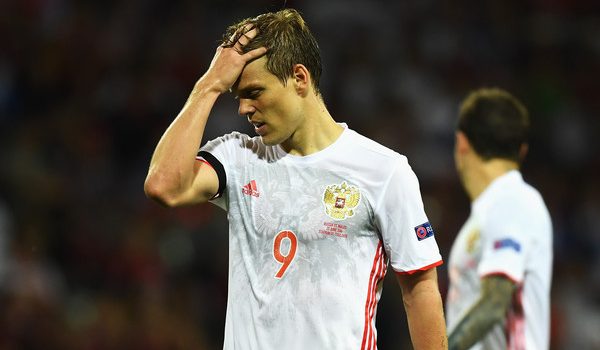 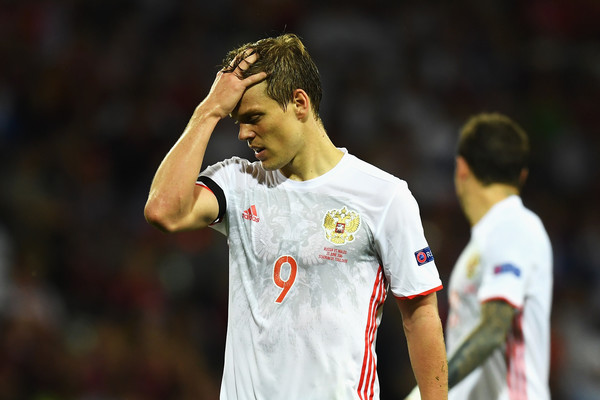 Below is the sixth installment of a Euro 2016 column titled “The Russian Review” by Russian football expert and sports journalist, Shaun Nicolaides.

After being drawn into Group B along with England, Slovakia and Wales, Russia had real hopes of making an impression on Euro 2016, however we were in for a horror show. The Russians took only one point from their three matches, finished bottom of the pool, and demonstrated some of the dullest football ever seen at a major tournament.

Despite the poor performances against England and Slovakia, Leonid Slutsky’s men knew that a win against Wales would be good enough to make the knockout stages.

Slutsky made a number of attack minded changes, with creative midfielders Roman Shirokov, Denis Glushkov and Pavel Mamaev all coming into the line-up. There was a feeling that this was going to be the day when Russia finally turn up to the party – how we were mistaken.

Shocking Russian defending allowed Wales’ Aaron Ramsey and Neil Taylor to practically end the contest with only twenty minutes played. Nevertheless, Russian football sides in the past would have kept on going– not this lot.

Heads went down, little effort was on show, and the Welsh talisman Gareth Bale eventually sealed the deal with a third in the second half. It was a fully deserved goal for the Real Madrid star, who had the Russians running around like headless chickens all day long.

One highlighted episode perfectly summed up Russia’s plight – substitute Alexander Golovin was given the task of handing the captain’s armband to one of the team’s older players, but no one wanted to take it. A thoroughly embarrassing moment for the country, and it displayed the team’s lack of commitment.

Russia, having not done a thing during the match, did go down to Wales 0:3, and the game ended with chants of “Disgrace!” from the Russian supporters.

Straight after the final whistle, Slutsky announced that he was stepping down from his post, stating that someone else should prepare the team for the 2018 home World Cup. It wouldn’t be fair to only point the finger at him, but it has to be said that he didn’t do his job well at all.

His tactics were awful for the last two fixtures, too much faith was put in inexperienced midfielder Golovin, and he failed to motivate his players for the deciding match with Wales.

It remains to be seen who will take over from him, with Manuel Pellegrini being mentioned among the candidates, however the problem is much deeper. Since 2008, that unforgettable year when Zenit Saint Petersburg won the UEFA Cup and Russia made the European championships semi-finals, Russian football has been on a sharp decline.

No talent is coming through the ranks, and extortionate wages are preventing Russians from taking the leap abroad to a stronger league. Striker Alexander Kokorin is a perfect example – not long ago, he was being touted as one of Europe’s most promising players, but after staying in Russia due to his stupidly large wages, he has turned into a good for nothing pedestrian.

It’s an issue which Russia are shying away from. Last year, Vitaly Mutko, the Russian sports minister and also the Russian Football Union’s president, introduced a new 6+5 rule, allowing only six foreigners to be on the pitch at one time for Russian clubs in the domestic league.

Then Zenit manager Andre Villas Boas warned at the time that it would in turn reduce competition, make Russian players less motivated, and kill football – now we’re seeing that he was dead on the money.

The national team is full of lazy footballers who are gladly wasting away their careers, and still the men at the top are not showing any signs of wanting to improve matters.

Mutko, a rather comical figure in Russia who is more often than not the victim of internet memes, is stubborn to budge on his position, and brushed the team’s Euro showing off as ‘nothing unexpected.’

While Russia is governed by such clowns, the country’s football is going nowhere.

No one actually seems to grasp that it’s a grassroots problem – there are few children footballing schools, the coaching level is not up to a respectable standard, and quality footballers stay in their comfort zone instead of going up to the next level.

To be honest, it’s not rocket science, and some of Russia’s top dogs need to emerge from their fantasy worlds.

With the 2018 World Cup in Russia only just around the corner, the country has very little time to put things right. The angered public won’t take much more of this, and something has to change.

Russian football is dying, and it needs a doctor to resuscitate it immediately.