WATCH: Goals and highlights from Liverpoolâ€™s win over Tottenham 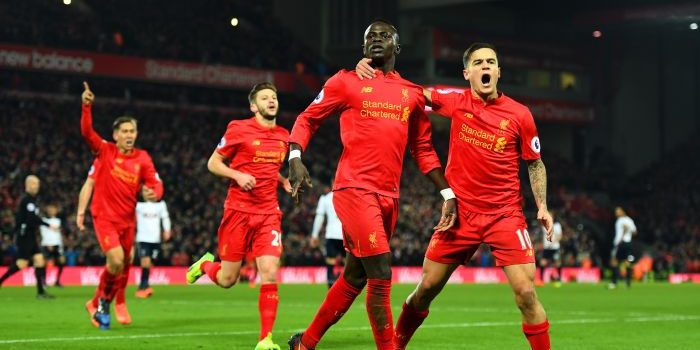 WATCH: Goals and highlights from Liverpoolâ€™s win over Tottenham

Video uploaded by YouTube channel FootZ HD showcases all the goals and highlights from Liverpoolâ€™s 2-0 win at home against Tottenham in their English Premier League encounter at Anfield.

Both of Liverpoolâ€™s goals were scored by star summer signing Sadio Mane.

With his brace, the Senegal international forward increases his goal tally to 11 goals in the English Premier League this season.

Because of their win, Liverpool temporarily regain their place in the top four positions ahead of Manchester City while Tottenham drop crucial points in their league title chase to the current leader and their long-standing rival Chelsea.