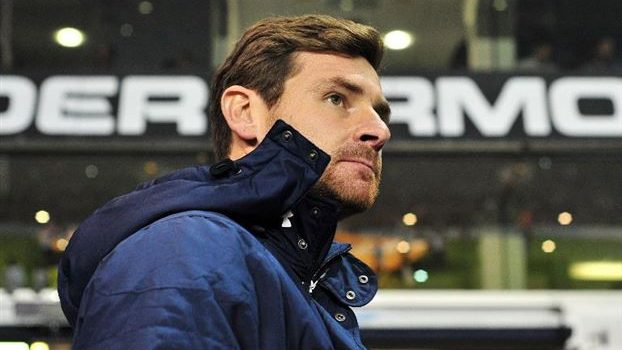 It’s finally happened. Luciano Spalletti has been fired from Zenit Saint Petersburg after months of chaos within the Russian giants, and the club really do look to be going through a transitional period. Just one win in their past 12 competitive fixtures just isn’t good enough for any team let alone a side that has won just about every title possible, and time for change has arisen.

Spalletti has left big boots to be filled but Andre Villas Boas, the ex Chelsea and Tottenham manager, has been the man entrusted in which to do so. Zenit’s season is on the verge of falling apart as the club has fallen to second place of the domestic championship and looks to be heading out of the Champions League, and Villas Boas has a real task on his hands.

Take a trip to Russia though and you won’t find too many who are overjoyed about his appointment. Despite doing a simply fantastic job with Porto a few years ago and being treated highly unfairly in the English Premier League Villas Boas’s reputation has been tarnished somewhat. Zenit’s fans were happy to finally see the back of Spalletti but they so far seem very reluctant to be positive about their new manager to be, and I really cannot understand that.

Yes, with Chelsea and Tottenham not a lot went his way, but it’s a poison chalice being a manager in English football. Villas Boas just wasn’t given enough time to construct the team he wanted both at Chelsea and Tottenham, and you really can’t blame him for that.
One thing he can’t seem to handle though is controlling big egos.

At Chelsea his - at times - questionable team selections ruffled a few feathers, and when dealing with strong characters it’s never going to be simple. And he won’t have it any easier at Zenit. The Russians have had their fair share of disruption inside the team, with high profile Russian midfielders such as Igor Denisov and Roman Shirokov taking their leave because of off-field matters.

What does play into his hands, though, is his friendship with Brazilian superstar Hulk, which stretches back to when Villas Boas coached at Porto. And if he can return the harmony within the team, more than half of his job would have been completed.
Just what he can do with the play on the field remains to be seen.

Zenit have long based their game on quick sharp counterattacks, but as the years go on and opponents start to respect Zenit more, the Russians are forced to play with the initiative and it hasn’t proved easy to do so. And the over reliance on Hulk is starting to become ridiculous.

Villas Boas just has to find a way to get through to the team that everyone has to take responsibility and to put some heart and character into every performance. Zenit have, in recent matches, resembled a team that is in meltdown without any desire whatsoever to win, but a new fresh face should help to inject some life into what is a very talented group of players.

Many in Russia though are somewhat angered by the fact that interim manager Sergey Semak, incidentally himself only 38, has not been given a chance to prove himself. Semak only last summer decided to finish his playing career and is looked upon as a true legend of Russian football and a very likeable character.

In my opinion, though, he needs time to gain experience. Zenit is a club that needs results not only tomorrow but today, and while Semak may be the man to provide that in the future, right now it’s not worth the risk.

Villas Boas may himself be young but he isn’t short of experience. Having started out in his managerial career at the tender age of 21 he has gone on to coach Porto to Europa League glory as well as taking charge of Chelsea in the Champions League, and he really knows how top level football works.

Zenit, though, will be a different kind of challenge. Russian football is not something for the faint hearted to get involved in, and just how Villas Boas will fit in and get accepted in something that will be very interesting to watch unfurl .

Zenit does however possess the potential to fulfil all of the high ambitions that the club has set out before themselves. The eventual goal is to win the Champions League, one of only two trophies that the club has yet to win along with the Club World Cup. Villas Boas has been lured in by such lofty ambitions that match his own, and this could be a match made in heaven.

It won’t be an easy job to somehow take control of a team that doesn’t know whether it’s coming or going, but there aren’t many better men for the job.