Premier League: Why are its fans and followers so resistant to change? 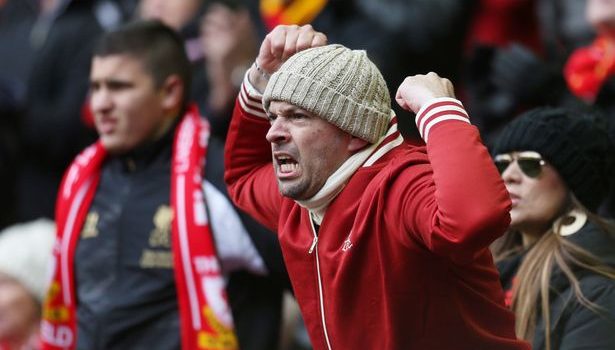 Premier League: Why are its fans and followers so resistant to change?

Change can have a very negative impact on anything, but it is necessary for improvement.

Pep Guardiola has come under harsh scrutiny in his first season in the Premier League, and I cannot for the life of me understand why.

A lot of the criticism thrown his way is because of his footballing philosophy, and fans are saying that he has to scrap it so he can adapt to the league.

It is very important that Guardiola ignores what is being said about him as he has been telling his players all season that his style is the best way to play football, and if he changes this it could negatively affect the amount of trust the players have in him.

I believe that some fans of the Premier League are overrating the league to such an extent that anything outside of the league is seen as inferior, very much like the British stereotype that they are superior to everyone else.

Such as the argument that Messi wouldnâ€™t be able to cope in the Premier League because of its physicality, but letâ€™s be honest, if Messi came up against the likes of Miguel Britos and Kyle Naughton every week he would be scoring the same amount of goals as he does in Spain.

Like I said in the beginning, change can have a very negative impact on anything, and it is okay to be concerned when the unknown comes.

Claudio Bravo has definitely had a negative impact on Manchester Cityâ€™s season, and as this whole goalkeeper having the passing ability of a midfielder, has only just made its way into the Premier League, made it very easy for fans to reject the chance of change.

Evolution is much needed

The Premier League needs to evolve so it can be the best league in the world. Just because it is the most competitive that does not make it the best.

The English game need new tactics so it can match Spain for dominance in European competitions, and that can only happen if we accept the unknown into the league and let new tactics/philosophies settle before slating them.

The media is not going to let this happen though.

They say what the fans want to hear, such as ‘Pep Guardiola must adapt to the demands of the Premier League to succeed in Englandâ€™.

Pep should stick with what he knows best

We all know Pepâ€™s style is unstoppable at times, especially in the future when he gets a proper defence and keeper.

He does not have to change his tactics to suit the Premier League at all.

Weâ€™ve seen how exciting and technical Man City have been this season, and when he has players who can defend, they will take the Premier League to a whole new level.