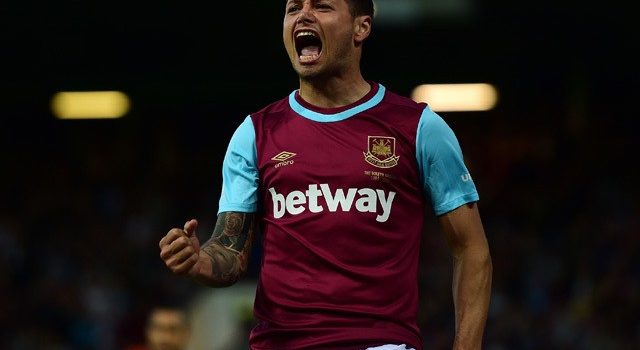 According to reports, Watford are eyeing a deal to sign Fiorentina forward Mauro Zarate.

The Argentine previously had stints in England with West Ham, Birmingham City, and Queens Park Rangers.

As reported by the Mirror:

“Watford want to bring bad-boy Mauro Zarate back to the Premier League.

The Argentinean striker has flopped in previous stints with Birmingham, West Ham and Queens Park Rangers. But the Hornets ‘ manager Walter Mazzarri believes he can tame the fiery Fiorentina star and is close to tying up a loan deal.

Zarate, now 29, has a chequered past in England.

He blew hot and cold at Birmingham on loan at in the second half of 2007-08, never settled in 18 months at West Ham after joining on a free six years later and flopped when QPR borrowed him from the Hammers.”