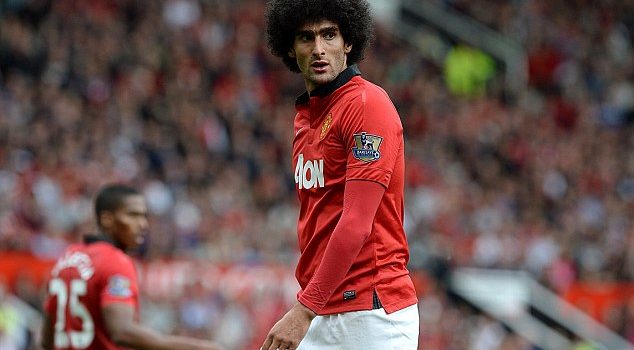 Manchester United fans could be about to have their wish granted: Marouane Fellaini is set to join West Ham in January, according to the Daily Telegraph.

The towering midfielder has failed to ignite his United career, doing more damage than good, in the eyes of many United fans.

The Hammers are in the midst of a relegation scrap and Slaven Bilic believes the Belgian could add an extra dynamic to their attack and defence. His versatility also means he could be deployed in an advanced position, greatly increasing the Hammers’ area threat.

Previously targeted by West Ham, Bilic has taken encouragement from Fellaini’s lack of game time at Old Trafford and feels a move is likely.

There is one huge stumbling block, however.

Fellaini is on a sizeable salary and it remains unlikely that the Hammers would be willing to match is current wage; the Belgian would have to take a pay-cut to move to London.

With West Ham faltering and clearly lacking punch and fight in midfield, Fellaini appears to be a shrewd choice, if Bilic were to get the best out of him.