Serge Aurier: Why the Ivorian is wanted by Man United

Serge Aurier: Why the Ivorian is wanted by Man United 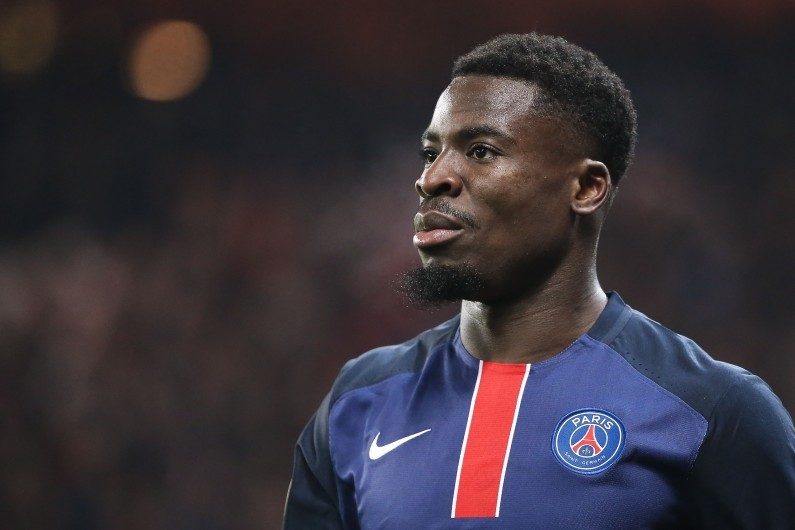 The Red-Devils have utilised Antonio Valencia as a makeshift right-back thus far, but Mourinho is looking to bring in Aurier as a replacement for the Ecuador international in a bid to have a more natural player in the position.

Manchester United sent scouts to watch Aurier take to the field for Ivory Coast against France during the international break in a game which ended goalless.

Manchester City is reported to have also had scouts watching the PSG full-back during the international break.

Aurier, 23, is well-known for his disciplinary issues as he’s currently appealing a two-month prison sentence for assaulting a police officer.

The Ivory Coast international was suspended by PSG last season following a streak of comments he made about then-manager Laurent Blanc.

Aurier possesses blistering pace, a superior crossing ability, agility, physicality and great technique on the ball – his attributes will most certainly be beneficial to Manchester United’s resolve with the Red Devils keen on making their way into the Champions League this term.

Versatility is also one of Aurier’s key assets as he’s equally capable of playing as a left-back or in a more advanced position on the flanks.

Alaba also on the radar, but move unlikely

Manchester United has also been linked with a move for Bayern Munich’s David Alaba, although due to the low likelihood of Bayern accepting a bid for him, Mourinho will look to Serge Aurier to bolster United’s defence.