Robin van Persie: An Ode, a Fond Farewell to the Dutch artist 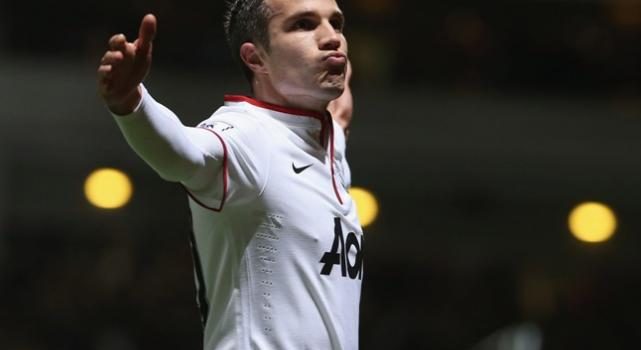 Robin van Persie: An Ode, a Fond Farewell to the Dutch artist

Farewell, then, Robin. Your time in the Premier League may have come to a rather acrimonious end with unverified claims and counterclaims about the manner of your departure but the ride has been eventful, full of niggling injuries, a controversial move and breathtaking goals.

Who could forget the “goal of a lifetime,” as Arsène Wenger succinctly described that 2006 volley against Charlton, the late winners against Liverpool and Everton in 2011/12 and of course the hattrick against Aston Villa that handed Manchester United their record Premier League title. The hattrick that, in hindsight, marked the beginning of the end of van Persie’s Premier League career.

The memories were beautiful and perhaps not as much as we’d have loved them to be due mostly to the litany of injuries that curtailed your time in Blightly but you were absolutely brilliant in your time there. You’ll be missed, no doubt.

van Persie arrived on English soil in the summer of 2004 having established himself as a serial troublemaker in his time at Feyenoord. Clashes with his manager Bert van Marwijk led to his demotion to the reserve side at some point. “His behaviour made it impossible for him to remain in the squad any longer, so he will join the reserve side for the time being,” said a frustrated van Marwijk.

Another round of off-field spats led to van Marwijk sending him home on the eve of the 2002 UEFA Super Cup against Real Madrid following van Persie’s reaction to being asked to warm up for a Champions League qualifier.

When Arsenal finally offered £2.75m for his services following lengthy negotiations– half of what the Dutch club initially wanted for him – Feyenoord were all too keen to get rid of the talented youngster with an obvious disregard for authority. Arsenal, for their part, saw van Persie as the ideal replacement for the ageing genius that was Dennis Bergkamp.

Like Thierry Henry before him, Arsène Wenger planned to convert van Persie from a winger to a striker, with the Gunners chief praising the versatility of his latest acquisition: “He can play on the left side of midfield, as a creative player behind the main strikers or as a target man.”

Injury worries derailed van Persie’s Arsenal career and the man dubbed “the flying Dutchman” had only one injury-free season in the entirety of his time in the north London – the 2011/12 season, which unsurprisingly was his best at the club.

Arsenal’s inability to compete for major honours meant van Persie followed in the footsteps of Cesc Fabregas and Samir Nasri to seek pastures anew and the Dutchman switched London for the red half of Manchester to howls of discontent and crackles of burning polyester.

“I always listen to the little boy inside of me in these situations – when you have to make the harder decisions in life. What does he want? That boy was screaming for Man United,” said van Persie at his United unveiling.

van Persie was the embodiment of Ferguson’s vanity project, the veteran manager splurging £24m on an injury-prone 29 year old while his central midfield was bound together with paper, glue and a couple of Hail Marys in between crossed fingers and hearts-in-mouths moments. Both men were raging fiercely against the dying of the light, turning back the hands of time for one final hurrah. Sir Alex Ferguson and van Persie, in more ways than one, were a perfect match.

In that season, we witnessed what was close to footballing perfection. United swatted away all opposition before them, with van Persie naturally the tormentor-in-chief. The Dutchman was virtually unplayable, obliterating opponents with the dogged determination of a man who could not be stopped.

There was a Premier League title to be won and nothing could stop United, not with van Persie in the form of his life. 38 games and 26 goals later, the title was United’s in what was essentially a procession. It was time for a period of sustained success, or so van Persie thought but Sir Alex had other ideas.

van Persie has claimed Ferguson’s influence was one of the reasons why he moved to Old Trafford and during their year together, they developed a close working relationship. When Sir Alex announced his retirement in 2013, van Persie was the worst hit of a shell-shocked group. It was a descent he never quite recovered from under David Moyes and Louis van Gaal.

In an interview with MUTV, former United defender Ferdinand described how distraught van Persie was when Ferguson announced he was stepping down: “Everyone was really appreciative for what he’d done for our careers. The person it hit more than anyone was Robin. He’d come the year before, tasted that success and wanted more. Visually you could see it hit him harder than anyone else at the time.”

Under David Moyes, the van Persie of old was gone, in place of the high-grade marksman of previous years was an injured parody of the real deal. Although there were moments of genuine quality, most notably the hat-trick against Olympiakos, it was never quite the same again with him.

“I had to gasp for breath and I shook my head. Had he really said what I thought he’d said? The room fell silently quiet and then everyone became emotional. Sir Alex then had a long talk with the squad, I found it a very special speech and felt privileged to have witnessed it,” said van Persie with the tone of a jilted lover trying to come to terms that his once beautiful relationship had come to a sad, unexpected end.

van Gaal’s appointment at Old Trafford was expected to be the shot in the arm for his fellow countryman’s United career but in the end, van Persie was too far gone. The injuries had taken the hugely talented goal machine we all knew. The van Persie that bestrode the Premier League was a rare breed, all clean lines and geometric awareness.

In a game that has become increasingly fast-paced, van Persie was somewhat anachronistic, rarely relying on pace but instead on his manipulation of space. Give him an inch of space and the Dutchman manipulated it to his advantage with ruthless efficiency. van Persie at his pomp was gracious, beautiful and wonderfully technical.

At 31 (he turns 32 next week), van Persie is entering the twilight of his career and it is hoped there is enough left in the tank to terrorise defences across Turkey in his new sojourn with Fenerbahce. If there is, we’ll all be richer for the experience.