Manchester United: Moyes between the Devil and the Deep Blue Sea 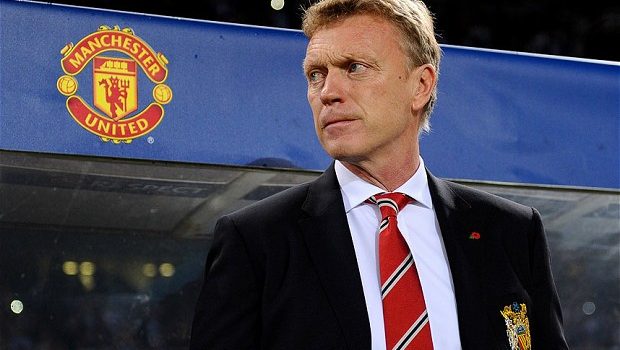 Manchester United: Moyes between the Devil and the Deep Blue Sea

Last night must have been one of the worst of my life. I am a football fan, yes. But on top of everything, I am a staunch, unrepentant supporter of Manchester United and what the club stands for. For almost two decades, I have loved and followed the red devils and long may that remain.

This Premier League season has been intriguing and exciting to say the least. Irrespective of where our allegiances lie, this campaign might be the best we have ever witnessed the way events are unfolding.

However, one man is a beleaguered and confused spectator thus far. Sometimes, I think of what I can actually do to the Scot who was handpicked by SAF to take over the managerial responsibilities of MANCHESTER UNITED. Unfortunately, my hands are tied.

David Moyes has won the LMA award three times in his career and only SAF (RETIRED) and Arsene Wenger have taken the MOTM (Manager of the month) gong more times than him since he became a top flight manager. He has the credentials to coach any team in the country but I am beginning to doubt if the present one is part of the ‘potâ€™. The former Celtic defender has only been here for five months and all our enviable records against every team in the League are disappearing faster than anyone could ever have imagined.

When SAF was delivering his final speech at the Theatre, he said ‘The fans MUST stand by their new managerâ€™, knowing fully well how rough his first few years where before he starting hitting the right notes and accumulating titles like they were going out of fashion.

Those times seem to be lost now. Memories we would have liked to remain fresh if his replacement does well to keep up with the winning tradition. So far, so underwhelming, so frustrating, and so depressing. 14 games into the 13/14 Season and it is W6-D4-L4. For EVERY other team, it would seem a pretty decent record, but not for a club in the stature of Manchester United. The position is even more shameful. 9th? Holy Christ.

For Godâ€™s sake, we are staring at the likes of Soton, Nâ€™castle, Everton and Spurs ahead of us after more than a third of the total no of games have been played. It isnâ€™t something out of the ordinary that Arsenal, Citeh, Cfc and Liverpool lead the pack with the gooners setting the pace quite remarkably and Ozil providing the needed flair and maturity of a WINNER.

Itâ€™s all doom and gloom at M62. With the departures of Gill and SAF, the club has been positioned under the leadership of Edward Woodward- a man who from all indications, knows absolutely nothing about being at the forefront of greatness. The man is bereft of ideas and has done nothing to improve the club since he was promoted.

The last transfer window was probably the worst in the clubâ€™s history with the failed pursuits of Fabregas, Thiago, Ander Herrera, Leighton Baines are a host of others, the major talking point(s). Toothless and tactless. More painfully, we panicked at the last minute and paid far more for Maroaune Fellaini than he was valued by the club he served for half a decade. Bad bad bad all the way.

More saddening is the disgraceful statistic that the Belgian giant has failed to start a League game for us and end up on the winning side. Yesterday night was probably his best game for the club and it still ended up in disappointment.

Before Moyes came, the likes of West Brom would come to the Theatre knowing fully well that only a point could surface whatever they brought to the table. This season, everything has turned for the worse. The differences between the way Fergie took over and his woes in the early part of his reign and Moyesâ€™ are glaring for all to see.

SAF left a league dominating side for Moyes, whereas the great Scot inherited a rotten team staring at relegation in the face with morale at its lowest ebb. Nothing can be worse than watching your beloved club being taken apart by teams unworthy of even getting a shot on target before the arrival of Uncle Dave the dithering one.

Lamentations and rants aside, I still believe Sir Alex has reasons why he chose Moyes ahead of more illustrious and deserving candidates for the managerial hot seat he vacated. Only time will tell if the 50 year old will eventually prove everyone wrong and resurrect the hopes of the average fan. As defending champions, even if we are going to get beat (no, we should show some resilience and courage).

Four losses have left us TWELVE POINTS behind Arsenal and just a paltry TWELVE ahead of 19th placed Crystal Palace. The mathematicians among us can do all the permutations they deem fit, but as things stand, only a miracle will enable us retain the title and realistically, 4th place is now a priority for a club used to dictating the pace and leading the pack season after season.

The likes of Arsene and Jose still maintain that we are not out of the title race yet. Nothing can be more distasteful than seeing rival managers holding hope in a seemingly hopeless situation which has metamorphosed into a big sarcastic brouhaha. I canâ€™t deal!

In situations like this, we have to stand by our new MANAGER as Fergie said. Those who play the piper must dictate the tune. Circumstances may have changed but we owe SAF a lot for establishing us among the greatest teams of the last two decades. Taking his parting words hook, line and sinker for a couple of seasons might hurt, but will not kill.

My final submission is that DAVID MOYES is the right man for the job. He alone cannot make the ship sail. Everyone must contribute in his own little way, especially the executives, including SIR ALEX FERGUSON. Astonishingly, I never thought I would ever toe this path, but a scary situation calls for urgent reactions and actions.

Decisions have to be taken, no matter whose ox is gored. Some players are not fit to wear the United jersey and we are all aware of that. Names like Welbeck, Cleverley, Anderson (sadly) should never be seen/found anywhere around the club. Danny Welbeck never improves. Our patience as fans, has run out.

Even an imbecile would have transformed into something much better in the span he has taken to score a handful of goals in a zillion appearances. We cannot continue to eat work rate and industry. He can keep those attributes in his pocket. January represents a good chance to bring in some very good players who can at least bring back some sanity into the club.

Remi Cabella very much wants to exit Montpellier and the likes of Koke and Resu have been thrown into the mix. Although the latter is a big ask and Klopp will know more than to sell one of his prized assets. We need MIDFIELDERS- about 10 (exaggerating), and good wingers. Nani and Valencia are pipes. Januzaj needs to continue developing and Uncle Ashley Young should be donated to/for a good cause.

Enough is enough. AS ROY KEANE said in 2005 before his ill-fated RANT, ‘WE ARE MANCHESTER UNITED AND THATâ€™S WHAT WE DO.â€™ Nothing else matters but to remain the UNDISPUTED BEST.

One thing is for sure though-DAVID MOYES has no place to hide anymore at Manchester United. Good results are tied to a great tactician and he must start to turn things around. Enough of the ‘LEARNING CURVEâ€™ sh*t.

It is SQUEAKY BUM time and the earlier he realises it, the better for us all.