The Manchester Musings: The Resurgence of Phil Jones 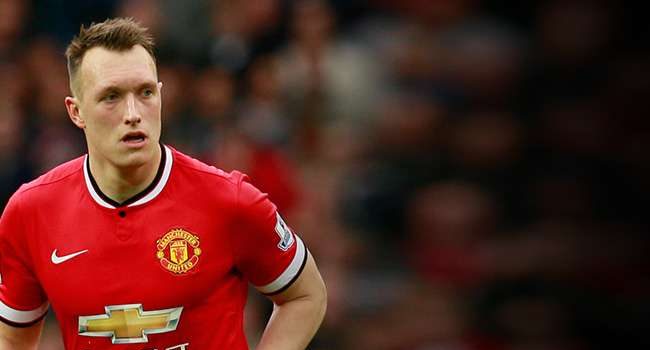 The Manchester Musings: The Resurgence of Phil Jones

Manchester United continue to break records in the post-Sir Alex era; both good and bad ones.

Yet another one occurred this weekend, when a 4th successive home draw vs West Ham happened for the first time since 1980.

In isolation one would accept that, but in the context of the 3 previous matches this was a must win for Manchester United.

Questions ahead of the match

Questions were asked of the pre-match lineup, when after a sparkling 4-0 win vs Feyenoord two of the best players (Rooney and Mkhitaryan) were benched for Jesse Lingard and Marcus Rashford.

It was Lingard that gave away a cheap free kick in the 2nd minute, and when you have a player like Dimitri Payet (who has history at Old Trafford) on set pieces.

Payet delivered, Sakho finished, and without even having meaningful possession of the ball United found themselves 1-0 down.

The goal seemed to galvanise United though, and they continued their method of playing with possession and quick switches of play. Diafro Sakho was isolated with the other 10 playing on the counter.

United had the ball but did not create much until a Paul Pogba chip into the box found Ibrahimovic who headed it first time past Darren Randolph.

Then on, it was almost vintage United.

Marcus Rashford found himself 1v1 with the Irish keeper but couldn’t finish, and Ibrahimovic’s shot was valiantly blocked by Angelo Ogbonna.

The contentious moment came towards the end of the first half - Paul Pogba dribbling his way out of trouble, and with Mark Noble steaming in for the tackle, Pogba chose to go to ground instead of suffering the challenge.

Jon Moss called this a foul for simulation, and having done so had no chance but to book Pogba.

The decision was the right one in retrospect, but it could have been much worse had Noble actually connected with Pogba.

Jose Mourinho went apoplectic on the touchline - for him it was the latest in a string of refereeing issues that he believes have gone against United.

He also found an errant water bottle in his path that he sent flying (he absolutely nailed the kick).

This was enough to convince the referee to send him off again, although we are not sure if this was the sole reason- it could have been for what Mourinho said to the 4th official as well.

This seemed to take the sting out of the game, and United did not start well after halftime either.

West Ham had the best chance when Dimitri Payet (in almost the exact same spot as the first FK) decided to try and catch De Gea unguarded at his near post.

The set piece maestro nearly did so as well, but De Gea just about tipped it over the bar.

Effective subs, but not enough to get the three points

A double substitution for United saw Rooney/Mkhitaryan on for Lingard/Rashford, and then the home side got clicking.

Mkhitaryan had a snap shot saved onto the post by Randolph, and then the keeper made a good save low to his right from Pogba.

When the keeper was beaten, his defender came to the rescue - a horror header backwards from James Collins, Ibrahimovic stole in, took the ball over Randolph, but his first touch then let him down and Cheikhou Kouyate was able to clear.

It could have been worse- Ashley Fletcher (a United academy product who moved to West Ham on a free in the summer) nearly won the Hammers all three points when his shot was blocked by De Gea at the near post.

The draw leaves United in 6th, 11 points behind leaders Chelsea and 8 points off the top 4 with a third of the season gone.

It has been unlucky and could have arguably/should have been a minimum of 26 points by this stage.

However now there is no room for error- only wins will do to even entertain hopes of the top 4.

The only positive thing is, United have showed the capability of going on a run - with 6 games still left before 2017 they will have to.

The resurgence of Phil Jones

Despite the woes in front of goal, United have actually looked pretty solid over the past few months since getting annihilated by Chelsea.

The loss of Chris Smalling/Eric Bailly have allowed Marcos Rojo and Phil Jones to play as the two CBs, and the two seem to complement each other well.

It is hard to believe that Phil Jones is only 24 - it feels like he has been around for ages.

He and Chris Smalling were tapped as the future defensive partnership in the mould of Vidic/Ferdinand - however this clearly hasn’t happened.

Jones has been injury-prone, and as a result never really able to establish himself in the first team.

Excelling as a ‘Cover’ defender

He has now played 4 matches in a row (Swansea/Arsenal/Feyenoord/West Ham) after an absence of 10 months.

With Rojo, Jones takes the mantle of the ‘Cover’ defender and I think this is why he has succeeded this month.

Rojo (the left footer and the more comfortable on the ball) is able to pick the passes forward and control the tempo, leaving Jones to do more of the pure defending.

It seems like this plays to Jones strengths’, whereas when he and Smalling played together, he was the one who had to take control of setting the tempo from the back.

Indeed, the stats back this up too.

He has controlled his aggression, and hardly got into a position where he has to make a last-ditch risky tackle - showing his reading of the game.

Jones was almost the forgotten man this year, but he has definitely proved himself to Mourinho as a capable backup.

Until he can go a long time without getting injured he remains a backup CB, but if he continues this form up he will be challenging for a first team spot.