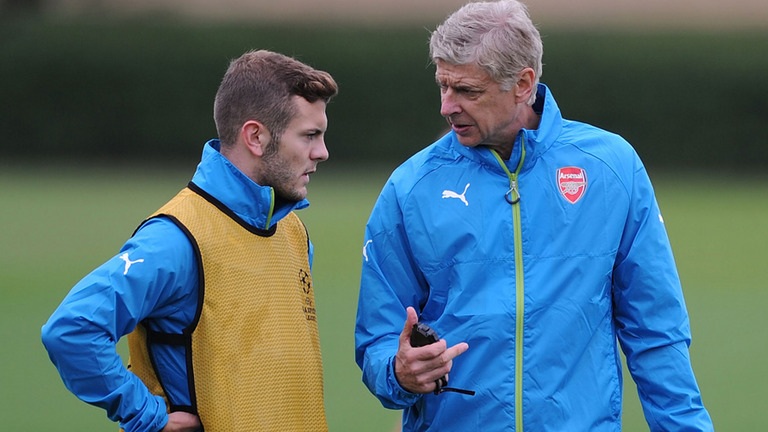 Arsenal is one of the most celebrated sides in England with supporters in the millions from all over the world- any professional footballer would count themselves lucky to play for the club.

For Jack Wilshere however, it hasn’t been all sunshine and rainbows at the Emirates.

He introduced himself as a promising midfielder with a master class, man of the match performance when Arsenal beat a prime Barcelona side 2-1 at the Emirates in 2011…but that is right about it.

Since then, Wilshere has had lengthy injury layoffs that have spread for nearly half a decade, denting his progress as aspiring youngster.

For instance, the England international only made three appearances throughout the whole of last season due to a hairline crack in his left calf-bone.

He also sustained another knee injury in the summer but was cleared to start the new season.

However, Arsene Wenger remained skeptical over his form and fitness levels, eventually sanctioning for a season-long loan spell to Bournemouth.

Without the endless distraction from the traffic hungry media, Jack has had plenty of ample time to focus on his football while at the Dean Court.

In fact, the 24-year old has already made nine consecutive Premier League appearances this season, with plenty more to come should he stay fit.

The run will however come to an end this Sunday when the Gunners play host to Bournemouth, as Wilshere- ineligible to face his parent club- will be forced to watch from the stands.

New contract in the offing

The fine run of form for the Cherries has prompted Arsene Wenger to reveal details about a new contract for the midfielder.

According to reports, Wilshere- who has 18 months left on the current contract- is set to receive a contract renewal, albeit for an unspecified period.

Is the new contract necessary

I am certain a new contract is on the cards, but is Arsene Wenger doing it as a necessity because he needs him or for business purposes, more so given Wilshere’s gradual rise to prominence?

The Arsenal gaffer has never shied away from selling in form players, so what would make Jack Wilshere’s case any different?

If you ask me, Wenger is being the businessman he has always been: offer a new contract to skyrocket the asking price should suitors come knocking.