Jose Mourinho: 3 Things The United Boss Must Do To Win The Premier League 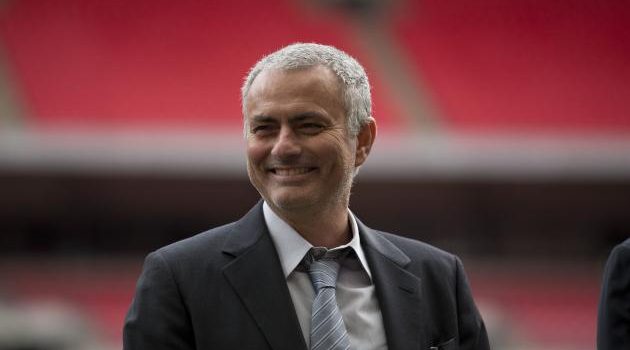 Jose Mourinho: 3 Things The United Boss Must Do To Win The Premier League

Jose Mourinho’s arrival at Old Trafford was welcome with overwhelming glamour and fanfare, understandably so as the club was deeply entrenched in crisis after yet again failing to qualify for the Champions League for the second time in three years.

Although Louis van Gaal managed to clinch the FA Cup- a trophy that evaded Sir Alex Ferguson for the longest time-, it was just another all too familiar case of sweeping the dirt under the carpet, when what Manchester United really needed was thorough, comprehensive tidying.

And who better for the job than ‘The Special One’?

With Jose at the summit of power at Old Trafford, we expected nothing short of a hostile takeover for the Portuguese.

However, the new United gaffer maintained a considerable portion of the first team, while bringing in reinforcements in Eric Bailly, Henrikh Mkhitaryan, Zlatan Ibrahimovic and Paul Pogba.

Be that as it may, the team assembled is beseeming enough to win the League, but has been dismal so much as to sit sixth in the Premier League log- five points adrift of leaders Manchester City after just seven games.

With a whooping 31 games left to the close of the season however, here are three things Jose needs to do to win the Premier League title.

Play Mkhitaryan in the hole

Pogba may have hogged all the headlines with this monumental, record breaking fee, but I still hold that Mkhitaryan is the signing of the season.

Well per se, Bailly is the proven signing of the summer with his consistent solid defensive displays, but Micki is ahead of the pack in stats.

Last season alone, the Armenian played a part in creating and scoring 49 goals for Borussia Dortmund: averaging a goal or an assist every 89 minutes he played.

The 27-year old has however registered a slow start in England, with injury in the Manchester derby hampering his progress.

As manager, Mourinho should accommodate Micki such that he regularly plays in the number ten role behind Ibrahimovic- as with the minutes, will the goals and assists inevitably come.

The midfield partnership between [Ander] Herrera and Pogba has proven to be a revelation not only to Jose Mourinho, but to all and sundry.

Herrera’s fluidity in recovery of the ball has awarded Pogba with the freedom to venture forward and orchestrate attacks from the midfield with his signature long range passes like a hot knife going through butter.

The Manchester United gaffer should maintain the partnership at all costs, should he wish to win the League.

This season has nonetheless seen the talismanic Frenchman fire blanks, with ‘baby mama’ drama culpable from his frustrations on the pitch.

He seems to have regained his confidence with the goal against Stoke right before the international break, but Jose should uplift Martial’s spirit to enable a repeat of last season’s exploits by the forward.