James Rodriguez: Man United and Chelsea jostling for his signature 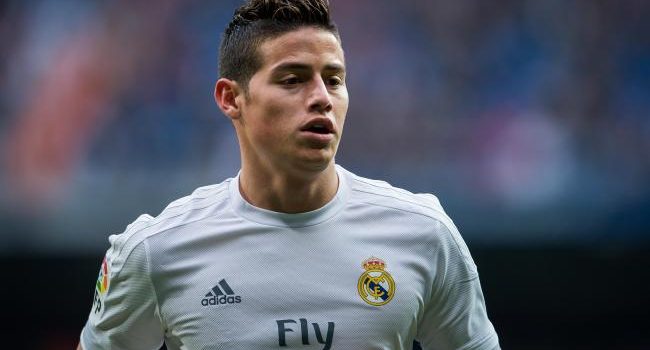 James Rodriguez: Man United and Chelsea jostling for his signature

James Rodriguez has set newspapers alight with his claim that he has a week to decide his future and that he is close to leaving Real Madrid.

The Colombian had this to say:

“I can’t promise I will stay at Real Madrid. I have offers and seven days to think [about them].”

Conte to capture the Colombian?

The Sun are reporting that Rodriguez’s next move is most likely one that will take him to Stamford Bridge, with Chelsea manager Antonio Conte a huge admirer.

Indeed, the tabloid are reporting that Chelsea have offered around £60 million for his services; using the money they will receive from Oscar’s switch to Shanghai.

Jose jostling for his signature

Conte will face competition from Manchester United, however.

Jose Mourinho is also said to be a fan of the Colombian’s attacking prowess – Mourinho is said to see Rodriquez as a replacement for the faltering Wayne Rooney, adopting the no.10 role that the England international has failed to make his own.

Will the Colombian switch the Bernabeu for Old Trafford or Stamford Bridge? Let us know what you think!