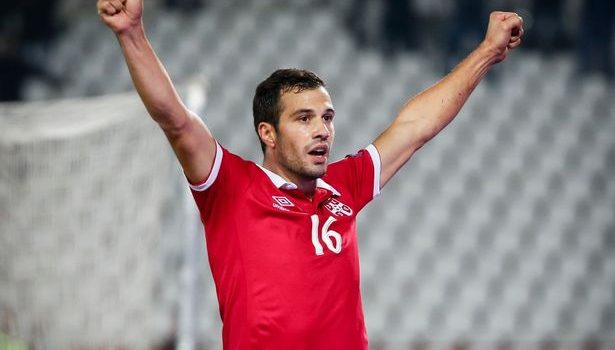 A host of Premier League clubs are eyeing up a move for Olympiakos midfielder Luka Milivojevic.

Sources close to the club have contacted ESPN, reporting the interest.

The defensively-minded midfielder has impressed since joining in the summer of 2015, cementing a regular place in the side and earning himself a starting spot in the Serbian national team.

Whilst being cogent in defence, the midfielder has also provided 5 goals in 16 games this season, aiding Olympiakos’ run to the summit of the Greek Super Liga.

Hull City appears to be the most likely destination for the in-demand midfielder.

The Tigers are in need of reinforcements after letting Jake Livermore join high-flying West Brom.

Couple this with Marcos Silva’s knowledge of Milivojevic – he brought him to Olympiakos from Anderlecht whilst in charge of the Greek club – and it looks like Hull will be the Premier League landing his services.