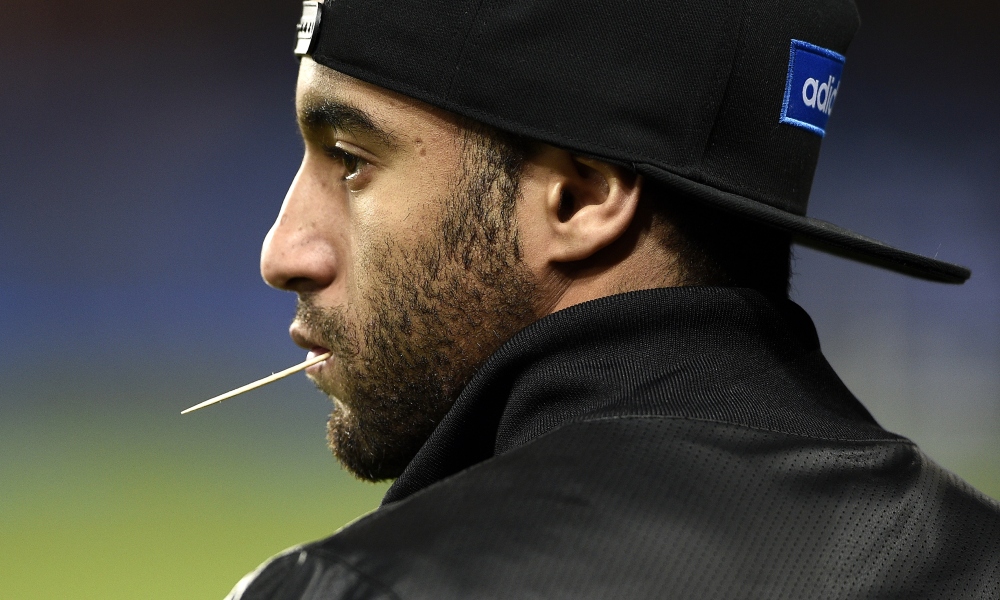 As Liverpool unveiled their latest summer signing, the £25 million Georginio Wijnaldum from Newcastle, out came an interesting statistic.

Since 2011 the Merseyside club has now spent £230 million on players from Aston Villa, Southampton and Newcastle.

That includes the £30 million shelled out for Sadio Mane this summer and although some of the deals have been successes, Adam Lallana for one, there remains a feeling that Liverpool, despite harbouring ambitions of making a title challenge under Jurgen Klopp, still have a tendency to shop at the market stall rather than the upmarket places at the higher end of the street.

Wijnaldum arrives at Anfield having produced a decent return of 11 goals and 5 assists from midfield last season, giving Klopp a goal threat from midfield which his team lacked last term, but it was not enough to save his team from a relegation.

Although athletic and capable of making strong runs into the box from deep, Wijnaldum could often go missing for Newcastle and his form away from home, all of his goals came in the familiar surroundings of St James’ Park, became a running joke on Tyneside.

Like so many in a squad that failed Steve McClaren before Rafael Benitez came in just a tad too late to save the day, Wijnaldum too often appeared like he didn’t have the stomach for the fight and after an underwhelming first year, the £25 million looks like impressive work from Mike Ashley and his team of negotiators.

It is another bulk of money forked out by Liverpool on an uninspiring deal, a solid squad option maybe but he simply won’t carry the same excitement as, say, Leroy Sane to Manchester City or Paul Pogba to Manchester United.

Chelsea’s signing of N’Golo Kante, so integral to Leicester’s title win of last season, was a big statement of intent while Zlatan Ibrahimovic’s egotistical posturing has got the juices flowing at Old Trafford, not to mention his ‘number 9’ shirts flying off the shelves.

Lack of spark and inspiration

With Mane, Wijnaldum, Ragnar Klavan, Joel Matip, Lorius Karius and Alex Manninger coming through the door at Anfield this summer, Liverpool are missing a highlight name, a signing of razzmatazz to build excitement ahead of a big season.

Klopp of course prefers the work ethic and the industry of a solid acquisition like Klavan, but for his team to be noticed one suspects the German will have to sprinkle more stardust on a squad that only has two genuine star performers in Roberto Firmino and Phillipe Coutinho.

The Brazilian duo capture the imagination on Merseyside but it is a squad short on inspiration elsewhere. Solid charges James Milner, Lucas Leiva and Joe Allen may be but they are not on whom title challenges can be built.

Mane and Wijnaldum, though adding Premier League goal-scoring experience and dynamic pace to Klopp’s counter-attacking blueprint, will do little to address that shortfall and Chelsea, Manchester United, Arsenal and Manchester City, each aiming to restore natural order to the Premier League scene after Leicester’s fairy-tale, are unlikely to be too occupied by Liverpool’s summer business.

One wonders then just how different it could be if the constant links to PSG’s Lucas Moura were actively pursued.

The 23 year old has been subject of tentative speculation for most of the summer after Klopp reportedly sent scouts to watch the winger in action last term, but he seems set to remain with the French champions.

Moura is still a regular with PSG, making 55 appearances last season in which he scored 13 goals, and has not long signed an extension to his contract, tying him to PSG until 2019.

That would make any deal difficult for Liverpool but they surely would, bolstered by the riches dished out by the Premier League’s television deal, be willing to offer him a wage in excess of the £50,000-a-week he earns at Parc des Princes.

Able to play across the front-line but mainly on the right, Klopp seems to have answered the question of whether it is worth the vast expense to add to a position where he is already well stocked by leaving the Moura rumours run cold.

He would certainly fit right into Klopp’s demands of high-intensity pressing given that he offers blistering energy in leading from the front, but it his dizzying technical abilities and mazy dribbling skills which truly offers his threat and his arrival would give Liverpool more incision in support of Daniel Sturridge if he slots in alongside his fellow Brazilians Firminho and Coutinho.

That role is likely to go to Mane however, with Wijnaldum giving energetic cover. They are both handy options for Klopp to have but at a cost of £55 million combined, you can’t help but feel that Liverpool have vastly overpaid for more of the mundane.

If the chance to get Moura was present, Klopp may regret not getting people up to take notice of Liverpool’s ambitions.