Chelsea opened their account of the season with a 2-1 victory over visiting West Ham, with Diego Costa, E. Hazard and Collins (for West Ham) scoring in the encounter.

Their fine run of form continued into the second and third week, with wins against Watford [2-1 away] and Burnley [3-0 home] respectively. 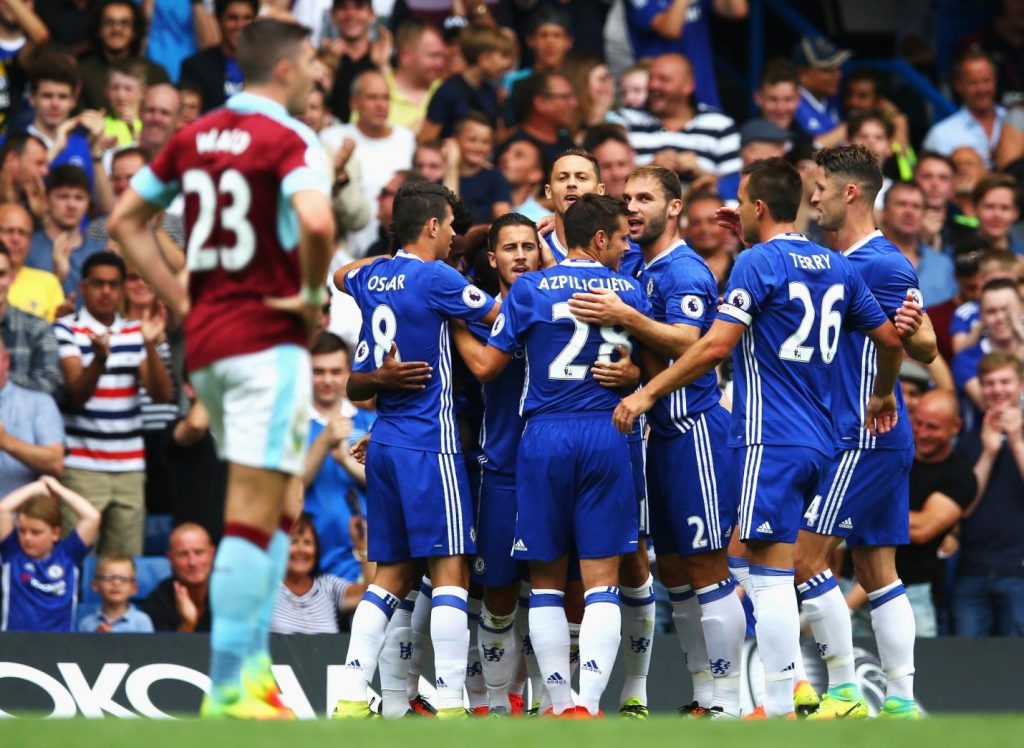 Antonio Conte’s record of a perfect start to the Premier League however came to an end on Matchday 4 when they were held to a 2-2 draw away to Swansea.

The Blues were then handed their first defeat of the season the following week when visiting Liverpool outclasses, outpaced and outshone them to win 2-1 at Stamford Bridge.

Matters however turned from bad to worse on their last match of September when they were hammed 3-0 by Arsenal at the Emirates: T. Walcott, M. Ozil and Alexis S. being the goal scorers.

Victories against Hull and Leicester put them back on the right track, but it was the 4-0 mauling of Manchester United that was a vivid statement of intent.

The goals were scored by Pedro, G. Cahill, E. Hazard and N. Kante.

After another 2-0 win away to Southampton, the Blues carried their goal scoring form to November, beating Everton 5-0 at the Bridge.

Hazard scored a brace as Marco Alonso, Costa and Pedro all scored a goal apiece.

A narrow 1-0 win over Middlesbrough took them to the top of the Premier League  table on Matchday 12, a position they retained the following week with a 2-1 home win over Tottenham.

Eriksen opened the scoring for Spurs, but the hosts rallied a comeback through Pedro and Moses.

Chelsea are, alongside Liverpool and Manchester City, considered heavy favorites to clinch the Premier League title this season.