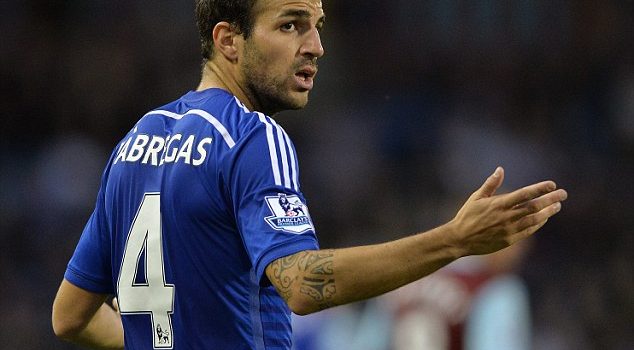 AC Milan will bid for Chelsea outcast Cesc Fabregas in the summer, according to Italian outlet Corriere Dello Sport.

The Italian giants are in the process of being taken over by a Chinese consortium, as they attempt to rival Inter Milan’s recent investment.

The takeover is set to finish in March, allowing AC Milan the funds to spend big in the summer.

The increased transfer kitty means Milan will be looking for a number of marquee signings, but they have identified ex-Barcelona star Cesc Fabregas as a priority.

The midfielder has found life tough under Antoine Conte, making just 16 appearances, with only five of them being starts.

He had lost his place in the side when Conte opted to switch formations, and laid his trust in a two-man partnership of N’Golo Kante and Nemanja Matic – to his credit, it has clearly worked.

A move to Italy, where he will be treated as a key player in a Milan revival will have a certain appeal for the Spaniard.