Chelsea: Why has Lukaku joined Everton? 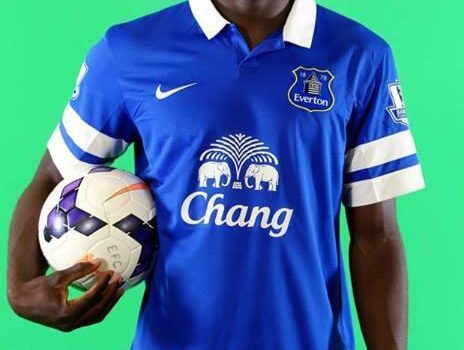 Chelsea: Why has Lukaku joined Everton?

After Romelu Lukaku’s successes with West Bromwich Albion last season, many expected him to play an increased role at Stamford Bridge this season, under the reinstated Jose Mourinho. The signs were good during pre-season with the Belgian getting a fair amount of game-time and looking ready for the coming season.

However, rumours started to circulate on deadline day about a possible loan move back to the Hawthorns, with Everton also interested. In the closing minutes of the window, it was confirmed that the striker would be spending the 2013-14 season at Goodison Park.

I’m sure I wasn’t the only one shocked by this news, because I fully expected Lukaku to make an impact in a Chelsea shirt this season, despite not playing much competitive football for the club so far this year. There must have been a reason for Mourinho to allow one of his prodigies out on loan, which I presume was due to the quality of strikers that the Portuguese manager has at his disposal.

Last season, Chelsea relied on Fernando Torres and Demba Ba to produce the goods, and now the pair have been joined by the Cameroonian Samuel Eto’o. The 32-year-old has enjoyed a successful career in Europe, playing for Barcelona and Internazionale among other clubs, and enjoying great success on the pitch in the process.

He’s spent the last two years in Russia’s top division with big-spending Anzhi Makhachkala, but since their owner decided to transfer-list many of the club’s top earners, Eto’o has upped sticks and made the move to London. This simply increases the competition for places in the team, which could leave Lukaku out in the cold.

There is also a chance (be it a slim one) that Lukaku being temporarily exiled to Liverpool is a punishment for the Belgian’s crucial miss in the UEFA Super Cup penalty shoot-out loss to Bayern Munich a couple of weeks ago.

It was Lukaku’s weak penalty that was easily dealt with by Neuer that confined Chelsea to defeat. A miss like that can crush a player’s confidence, so if that miss is the reasoning for sending the 19-year-old back out on loan, then it can only be to rebuild his confidence, surely?

Whatever the motivation for the move is, it can’t have anything but a positive effect on Lukaku’s career in my opinion. It will give him the chance to get another full season of Premier League football under his belt, which will help him challenge the strikers currently at Chelsea when he returns to London next season.

The young Belgian has a very bright future ahead of him, but he has to make sure Chelsea don’t damage him by turning the striker into a serial-loanee.

Check out his fine football blog, The Blue Views